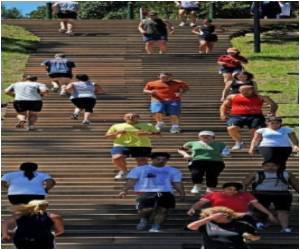 A new law in Colorado is requiring that parents who travel with kids younger than 8 install booster seats in their cars.

Colorado State Patrol Col. James Wolfenbarger said in news released by the Colorado Department of Transportation said the law was the right step in protecting kids from serious crash injuries that result from wearing seat belts that were not designed to protect small bodies.

The release added that kids who are snugly seated in booster seats are 45% less likely to be injured in serious car crashes. The law also asked police officers to issue warnings and not tickets if parents did not comply with the law till August 1, 2011.


Cpl. Trish Hutchens of the Durango Police Department said that they would instruct officers to user discretion in this matter. "Car seats used to be just for infants, but through time and studies, they've figured out it's needed for older kids, too," Hutchens said, adding that since most parents used the seats already, the new law is not a nuisance for them.

Head injury or traumatic brain injury is a leading cause of disability among children and young adults that leads to varying degrees of physical and mental stability. Fortunately, it is also one of the preventable brain disorder.
Advertisement
<< Scotland Has the Highest Number of Drug Abusers
Now, Monsoon Tourism Catches the Imagination of People >>

Kidney Injury may be Prevented by Recognizing Warning Signs

People with reduced kidney function and protein in the urine are more likely to have kidney injury, a new study has found.

Sinopril (2mg) (Lacidipine) Blood Pressure Calculator Drug Side Effects Calculator Drug Interaction Checker Iron Intake Calculator The Essence of Yoga Calculate Ideal Weight for Infants Indian Medical Journals Find a Doctor Noscaphene (Noscapine)
This site uses cookies to deliver our services. By using our site, you acknowledge that you have read and understand our Cookie Policy, Privacy Policy, and our Terms of Use