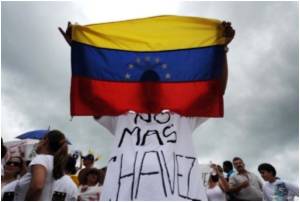 In Colombia, will the olive branch of peace cut down coca leaves, which bring prosperity?

Many in the countryside worry that a peace deal with FARC rebels could cost them their spot in the coca leaf supply chain.

The leaves -- chewed and taken in mildly stimulant tea in Andean culture for centuries against altitude sickness -- are also the base from which cocaine is made.


With peace talks under way in Havana aimed at ending Latin America's longest running insurgency, farmers in hardscrabble rural areas with few economic options say they feel caught between a rock and a hard place.
Advertisement
The Revolutionary Armed Forces of Colombia (FARC) have been at war with the government since the 1960s; rebels long have used drugs to raise millions of dollars and often treat farmers as clients.

"As long as the problem of poverty has not been solved, people are going to keep planting coca and marijuana," one young grower in Cauca, in the mountains of the southwest, told AFP, asking that his name not be used.

Working a small plot of just two hectares (over four acres) in Corinto, he is clear about why he does what he does.

No fortune, but two dollars is four times what he would earn for the same amount of corn.

And farmers' options are fairly limited; they long to stay in their local areas but crop substitution programs -- in which international partners subsidize "overpaying" to get farmers to plant legal crops -- are not too widespread here.

Since Colombia is one of the world's top producers of cocaine, with the billions of dollars going to cartels but some money trickling down to farmers in the supply chain, these are uncertain times.

"The peace process really scares me. What is going to happen to us if we have to pull out all the crops? How are we going to live?" asked the grower as pickers paraded by with large sacks filled with coca leaves.

Nearby, an older farmer, aged 72, is still out toiling away on his coca and marijuana plants.

"What counts isn't necessarily what comes out of the talks, but coffee prices, too. If those are on a downward track, we are going to end up planting more marijuana," the younger grower stressed.

Corinto farmers association chief Orfa Rojas said that if, as part of a peace deal, the coca trade is aggressively suppressed, rural "social breakdown" will be on the horizon.

"The government wants to chase all of us out and bring in the multinationals," Rojas argued.

In nearby San Julian, another young grower, who requested anonymity, said: "We're going to have to defend ourselves, and the rebels with us. They are mostly up in the mountains."

In Havana, the peace process includes a plan on land use or reform, and rural issues; the countryside's large landholdings in the hands of the few left thousands of farmers with no land to work.

That was the context in which the FARC sought farmers' support, promising that in time they would work Colombia's land.

The FARC began a 30-day unilateral ceasefire earlier this month, but the government of President Juan Manuel Santos rejects the idea of any ceasefire until a peace deal has been signed.

Colombia has endured five decades of conflict that has left hundreds of thousands dead and displaced more than 4.5 million.

Source: AFP
Advertisement
<< Success Rate of IVF Could Be Doubled By New Methods That Co...
People At Home With Dementia Have Multiple Health and Welfa... >>

Colombia's Cali Home to a Very Unique 'Hotel'
With foreigners seeking plastic surgery in a city that's become a magnet for the procedure, Alba ......