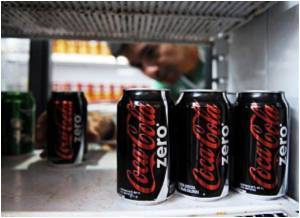 A new way to determine whether cola drinks that claims to be made with natural ingredients really do contain natural flavouring has been developed by scientists.

In the study, Pier Giorgio Righetti and colleagues explained that cola drinks, which are sold at premium prices, purportedly made from natural cola nuts are becoming popular and are sold in many natural food stores.

Genuine cola "nuts" are seeds from the fruit of the cola tree, which is native to African rainforests, and they are expensive to harvest and ship.


Most soft drink manufacturers don't use cola nuts today, but a select few are starting to advertise cola as a natural ingredient in their products - and charge extra for it.

Processed or convenience foods require less time and energy for food preparation. Most of the processed foods are healthy with nutritional values.
Advertisement
To see whether consumers are getting what they pay for, the scientists set out to find a way to finger the drinks with real natural extracts.

The group found that testing for proteins was an accurate way to verify natural flavouring claims.

They detected plant proteins in a drink claiming to have "organic agave syrup and cola nut extracts". On the other hand, Coca Cola products - which do not claim to include cola extract - have no protein.

The scientists said, "The identifications here obtained represent the quality mark of this beverage and, in a way, give a certificate of authenticity."

The study has been published in ACS' Journal of Proteome Research.

Organic Foods are produced by the 'natural method', without the use of chemicals like pesticides, fertilizers or sewage sludge.
Advertisement
<< Research Finds Ultrasound Combined With Pre-Operative MRI i...
French 'Palace' Hotels Win Hands Down >>