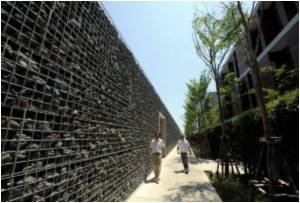 A new industry classification for luxury that goes beyond a mere five stars have crowned eight deluxe French hotels with the rare distinction of "palace" status.

Four Paris hotels -- the Bristol, the Meurice, the Park Hyatt and the Plaza Athenee -- made the list, plus the Palais in Biarritz, the Airelles and Cheval Blanc in Alpine resort Courchevel and the Grand Hotel Cap Ferrat, near Nice.

French tourism authorities said the rank recognises "French-style excellence" to boost the profile of the most chic hotels, marking them out from branches of foreign-run luxury joints such as Hong-Kong's Shangri-La.


The jury made its awards based on criteria including speed of service, quality of dining and historical and architectural interest.

One of the deluxe hotel chains rewarded, the Dorchester group which runs the Meurice and the Plaza-Athenee, complained that its renowned Paris hotels the Ritz and the George V were not crowned also.

"I have a bitter taste of victory in my mouth," its boss, Francois Delahaye, told AFP. "That the Ritz and especially the George V were not on the list removes all credibility from the award."

Medical Tourism has become a serious enterprise in India over the last two years. However some hospitals have been practicing it for quite a few years.
Advertisement
<< Cola's Natural Flavouring Claims Tested
Baseball Dream Kept Alive by Japan Tsunami Children >>