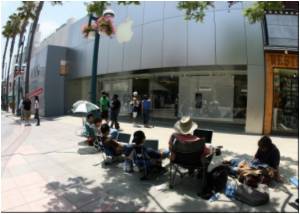 A recent report by The Guardian has revealed that Chinese workers manufacturing Apple products, are working in an unhealthy atmosphere that comprises unduly long working hours and oppressive rules at the workplace.

Further, they had to sign an 'anti-suicide pledge' to avert a recurrence of deaths that took place at the Foxconn plant last year.

The Harsh Truths Behind American Idol

American Idol might be a hugely popular TV programme in US. But many employed by Fermantle Media, the producers, are suffering substandard working conditions.
Advertisement

The Centre for Research on Multinational Corporations and Students & Scholars Against Corporate Misbehaviour conducted an investigation and found that 500,000 workers at the Shenzhen and Chengdu factories, which manufacture iPhone and iPads, are  subject to inhuman working conditions.


The report has said that overtime is much more than the legal limit of 36 hours a month. Further, workers who did not perform well were publicly insulted.

A new report by the Alameda County Public Health department titled "Life and Death from Unnatural Causes in Alameda County," has indicated the relationship between environment
Advertisement
<< Facebook Comes in Handy While Handling Divorce Cases
Brains of Autistic Children Bigger >>