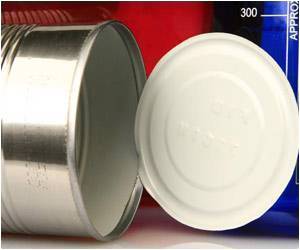 A cancer-causing toxin in peanuts and cooking oil that was only recently discovered in milk has been detected in oil and peanuts by Chinese authorities.

The food safety regulator in Shenzhen said it had found excessive levels of aflatoxin in peanuts sold in three stores, and in cooking oil in four restaurants, the official Xinhua news agency said late Friday.

Food preservatives are basically antimicrobials or anti-oxidants that help preserve food by destroying the microbes and stopping decomposition of food products.
Advertisement


The incident comes after leading dairy firm Mengniu revealed at the weekend that authorities found high levels of aflatoxin in a batch of milk before it was sold, caused by cows eating mouldy feed at a farm in southwest China.

A modified diet rich in Folate, Vitamin B12 and Iron is essential for the rapid rise in hemoglobin level.
Advertisement
Authorities in Guangdong province -- where Shenzhen is located -- then announced they had recalled cooking oil products made by three firms after finding they contained too much aflatoxin.

It was unclear whether the companies made the tainted oil found in the restaurants in Shenzhen.

Aflatoxins, which affect grains and other agricultural products, can increase the risk of cancer, including liver cancer, according to the World Health Organisation.

Chinese state media and netizens have blasted Mengniu as consumers voice anger over yet another food safety scandal to hit the country, despite repeated crackdowns on product safety violations.

Milk was at the centre of one of China's biggest food safety scandals in 2008 when the industrial chemical melamine was found to have been illegally added to dairy products to give the appearance of higher protein content.

At least six babies died and another 300,000 became ill after drinking milk tainted with the chemical.

Mengniu on Monday issued a public apology in an online statement.

A food additive is a non-nutritive substance added deliberately to any food product to improve its color, texture, flavor or shelf life
Advertisement
Advertisement