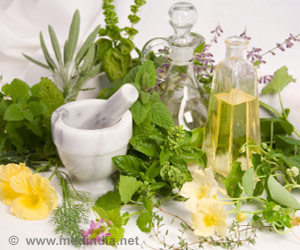 Mufti Mohammad Sayeed called for giving a level-playing field to the alternative system of medicines and integrating it effectively into the state's public health services.

"I hope you will put your heads together and strategize to again make homeopathy a viable and trusted health care option in the country," Sayeed said while addressing the delegates at the Global Conference on Unani Medicine.

Alternative Medicine Use High Among Children With Chronic Conditions

According to a recent research, children who see specialists for chronic medical conditions are also using complementary medicine at an increased rate.
Advertisement

Asking the delegates to help homeopathy reclaim its position in the country's healthcare system, the Chief Minister said the alternate system of medicine is going through a transitional phase. He said that research being done in the field will help dispel many fears and doubts that have emerged about its efficacy.


Sayeed called for giving space to Unani medicine so that it gets a level-playing field and integrates effectively into the state's public health services.

National Ayush Mission aims in upgradation of Ayush health delivery systems, quality control of Ayush drugs and promotion of medicinal plants in the state.
Advertisement
"I hope the Health minister shows us the way in facilitating revival of homeopathy so that it regains the stature it enjoyed in old times when it had panacea to our ills," he added.

The two-day conference, which has attracted a large number of delegates from all over the world including the US, the UK, Germany, Sri Lanka and UAE, was earlier scheduled last year but could not be held due to floods in the state.

Referring to the predilection of people for taking medicines for "instant results" in a fast-moving world, Sayeed pointed out the efficacy of homeopathy as a time-tested system which still has a wide acceptance among masses in our country.

"The Health department will have to travel an extra mile to promote Unani medicine in times when its mainstream counterparts like allopathy are making huge strides and gaining popularity," he said.

There has often been a divide between those who focus on modern medicine and those who prefer alternative practices in the field of medicine.
Advertisement
<< Increased USFDA Approvals for Indian Drug Firms Result in Be...
Elimination of VIP Culture to Pave Way for Quality Treatme... >>

Scientists Debate on Whether or Not to Recommend Homeopathic Medicines