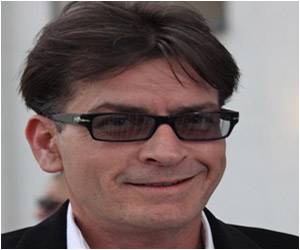 Charlie Sheen found it "terrifying" when he was diagnosed a pre-cancerous throat problem.

The 49-year-old actor, whose last year wasn't that eventful with the broken off engagement, a lawsuit and cancellation of his latest TV show, faced a was horrifying cancer scare recently, Stuff.co.nz reported.

Laryngeal cancer is also called cancer of the larynx or throat cancer or laryngeal carcinoma. It usually affects men over the age of 55 years.
Advertisement

Sheen, who's been a heavy smoker for years, had started to have throat problems after which he sought out a world-renowned throat and vocal cord specialist, who said that he was facing a "very aggressive procedure" that could cause irreparable damage to his dental work, and even worse, his voice.


However, Sheen said that he stayed strong and never gave up the belief that he couldn't beat the problem.

Cough is a symptom of a condition usually affecting the respiratory tract. It may be acute or chronic, wet or dry. The type of cough can help the physician diagnose the underlying condition.
Advertisement
Advertisement