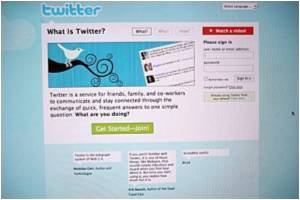 A new study has found that tweets from celebrities like Conan O'Brian, sometimes beat out news organizations and reigned as Twitter's top influencers on big news stories.

"The New York Times was the top influencer on the Gulf oil spill, which was the top topic of the year," said Alok Choudhary at Northwestern's McCormick School of Engineering and Applied Science.


Choudhary added that when a celeb tweets regularly about specific events, his or her opinions become more popular than news stories and can even influence them.

In her Twitter message since Nov. 26, Lindsay Lohan has revealed her New Year's resolution - to follow in the footsteps of Mahatma Gandhi.
Advertisement
"Adam Lambert tweeted for earthquake relief. Top influencers are very heavily dependent on the topic they are tweeting about and the area of the topic," said Choudhary, who created the website www.pulseofthetweeters.com, which analyzes data from Twitter in realtime.

Through www.pulseofthetweeters.com, Choudhary and his team use data mining, social network analysis and sentiment analysis to determine top influencers and sentiment distribution of the topics trending on Twitter.

A special algorithm ranks the most influential people tweeting on trending topics. To qualify as a top influencer on a topic, the user must actively tweet about the topic and have a following that also tweets about the same topic.

Here are some more insights:

People: Lady Gaga, Mel Gibson and Justin Bieber were among the most tweeted about people in 2010, but no individual tweeter emerged as the most influential in this category when tweeting about these people.

Television: E! Online was consistently the top- or second-ranked influencer on the topic of award shows such as the Grammys, the American Music Awards and MTV award shows.

Technology: Techmeme, Mashable and MacTweeter consistently ranked as top 10 influencers on trending technology topics of 2010, such as the Apple iPad and Google Android.

Seventy-five precent of the US adult population use the Internet and eight percent of online Americans use Twitter, according to a recent study.
Advertisement
<< Entrepreneurial Success Lies in Common Sense
Harried Chinese Drivers Breathe Easier Thanks to New 'Traff... >>