Cause of Obstruction in Sleep Apnea Shown in New Anesthesia Technique 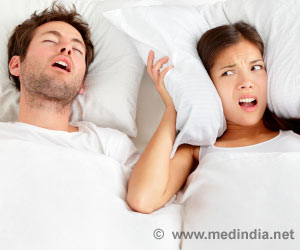 Demonstrating the cause of obstruction in patients with severe sleep apnea is possible with a simplified anesthesia procedure enabling more widespread use of preoperative testing, suggests a study in Anesthesia & Analgesia.

Dr. Joshua H. Atkins and Dr. Jeff E. Mandel of the University of Pennsylvania and their colleagues have developed a new "ramp control" anesthetic technique for putting patients to sleep briefly-just enough to show the "obstructive anatomy" responsible for sleep apnea. The simplified technique requires no special expertise and limits drops in blood oxygen level during testing.

Simplified Approach to Testing Before Apnea Surgery The researchers evaluated their anesthetic technique in 97 patients participating in a study of robot-assisted surgery for severe sleep apnea. Visualizing the site of the obstruction in the upper airway is an important part of planning for apnea surgery. This can be done using a procedure called "drug-induced sleep endoscopy" (DISE), in which stepwise doses of anesthetic doses are given to put the patient to sleep and reproduce the airway obstruction causing apnea.


However, it's challenging to achieve just the right anesthetic dosageenough to cause typical sleep-related obstruction without causing prolonged unconsciousness or causing a deep drop in blood oxygen level (oxygen saturation). The standard technique for DISE is time-consuming and not well-suited for widespread clinical use.

Pharmacological Options for the Treatment of Obstructive Sleep Apnea

Obstructive sleep apnea is defined as a sleep disorder involving decrease in airflow in the presence of breathing effort. The treatment for OSA includes pharmacologic and non- pharmacologic modalities.
Advertisement
In the new ramp control approach, a computerized algorithm is used to calculate the two-dose sequence of anesthetic administration likely to produce sedation in each individual patient. By contrast, the standard stepwise approach to DISE uses a sequence of up to nine doses.

The 97 patients studied had severe sleep apnea, with a median of 48 apnea-hypopnea events (complete or partial interruptions of breathing) per hour on standard testing in the sleep laboratory. The patients were being evaluated for surgery after receiving no benefit from continuous positive airway pressure (CPAP), the standard treatment for sleep apnea.

The ramp-control DISE approach allowed doctors to see and photograph the obstructive anatomy in all 97 patients. The median time to put the patient to sleep and demonstrate the cause of obstruction was just under four minutes.

Two-Dose Technique May Promote Wider Use of DISE Although it's not new, DISE is still considered a "niche procedure"not commonly performed by most anesthesiologists. It's easy to "overshoot" the anesthetic dose; this may lead to drops in oxygen saturation, requiring airway support steps to maintain the patient's blood oxygen level. Dr Atkins and colleagues note that their study included a "challenging" population of obese patients with severe sleep apnea, who have often been excluded from studies of other anesthetic techniques for sleep apnea.

The ramp-control DISE technique is efficient, administering just enough anesthetic to produce the desired level of sedation within a few minutes; and safe, with relatively small drops in blood oxygen saturation level. "The effective sedation seen in this study with a low rate of desaturation and infrequent need for airway support is an important result," Dr Atkins and coauthors write.

By simplifying the steps to anesthesia administration, the researchers believe their simplified approach will help to make DISE more widely available for evaluation of patients being considered for sleep apnea surgery. However, more research will be needed to determine how well the new technique can be generalized to everyday clinical practice at busy surgical centers.

Sleep disorders are collectively known as 'Somnipathy.' There are over 70 different medically recognized sleep disorders which include lack of sleep, disturbed sleep, and excessive sleep.
Advertisement
<< Britons Thought to be Boozy With Bad Diets
Brains of Preterm Children can Catch Up Years Later >>