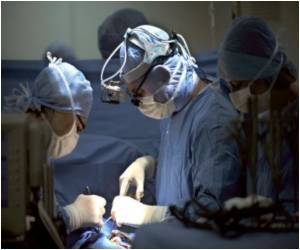 A new chemical compound adds new functions to stainless steel implants making them more effective material for implanted biomedical devices. Researchers at University of Alberta and Canada's National Institute for Nanotechnology developed this new process to address the issues associated with the introduction of stainless steel into the human body.

Implanted biomedical devices, such as cardiac stents, are implanted in over 2 million people every year, with the majority made from stainless steel. Stainless steel has many benefits - strength, generally stability, and the ability to maintain the required shape long after it has been implanted. But, it can also cause severe problems, including blood clotting if implanted in an artery, or an allergenic response due to release of metal ions such as nickel ions.

The University of Alberta campus is home to a highly multidisciplinary group of researchers, the CIHR Team in for Glyconanotechnology in Transplantation, that is looking to develop new synthetic nanomaterials that modify the body's immune response before an organ transplant. The ultimate goal is to allow cross-blood type organ transplants, meaning that blood types would not necessarily need to be matched between donor and recipient when an organ becomes available for transplantation. Developing new nanomaterials that engage and interact with the body's immune system are an important step in the process. In order to overcome the complex range of requirements and issues, the project team drew on expertise from three major areas: surface science chemistry and engineering, carbohydrate chemistry, and immunology and medicine.

Carotid Stents Not Effective As Surgery in Preventing Strokes

Stents to keep blocked carotid arteries open are not as effective as surgery in preventing strokes, but nevertheless are associated with a lower rate of heart attacks, researchers said Monday.
Advertisement
"We are immensely pleased with this progress. We have every expectation that this set of steps creating novel tools for immune system engagement will lead us closer to clinical application aimed at preparing patients for successful organ transplants." stated Dr. Lori West, Professor of Pediatrics, Surgery and Immunology, and Director of Heart Transplant Research at Univ. of Alberta.

Routine Surveillance of Great Vessel Stents can be Done by MRI

Sugar: Time to Look beyond Its Sweetness
News Archive
News Resource
Advertisement
News Category
Monkeypox by Numbers: 5,322 Lab-Confirmed Cases In 53 Countries How to Improve Research on Diet and Dementia New Universal Flu Vaccine Protects against Influenza A Viruses Why Do Astronauts Lose Bone Density? Can Carbon Monoxide Help Fight Inflammation?
More News
Sign up for Wellness Consult a Doctor Sign up for Selfcare

More News on:
Diet and Nutrition for Healthy Weight Loss Diabetes Type 2 and Its Link to Sugar-Sweetened Beverages Carbohydrates and Its Role in Obesity Diet Guidelines for Healthy Snacking Sugar: Time to Look beyond Its Sweetness