Britons are More 'Loyal' to Their Banks Than Spouses 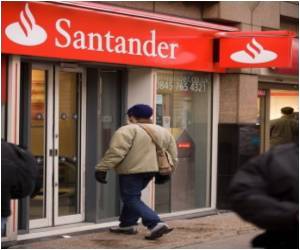 The average person says their longest relationship has lasted for 14.1 years but they have stayed loyal to their current account provider for around 16.5 years, according to high street bank Santander.


Only 7% of those questioned said they had moved their current account at least three times during the past 10 years.

People in the South East are the least likely to move their current account, with the average person having been with the same bank for 17.7 years, followed by those in Wales and the East Midlands at 17.6 years and 17.2 years respectively.

10 Simple Ways To Have A Happy Marriage

Are you wondering about how to keep romance alive in your marriage? Well, a new book has offered some simple tips to keep your relationship flourishing.
Advertisement
Consumers in the North West are the least loyal to their bank but even here they have held the same current account for around 15.3 years.

Helen Bierton, head of Santander current accounts, said: "For many people enjoying a successful long term relationship in whatever form is more rewarding than chopping and changing.

"When it comes to current accounts, people often stay with the same provider, even though it might not be the most competitive because the prospect of switching to a new current account can be daunting."

Have you ever tested your happiness level? Test your happiness and find out how happy you are with your life.
Advertisement
Advertisement
This site uses cookies to deliver our services.By using our site, you acknowledge that you have read and understand our Cookie Policy, Privacy Policy, and our Terms of Use  Ok, Got it. Close
×