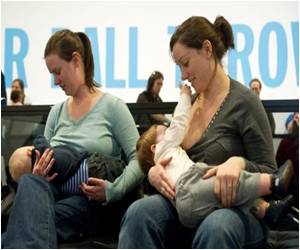 A team of Israeli researchers led by Aviva Mimouni-Bloch, MD compared breastfeeding history and other factors in a group of children 6-12 year of age diagnosed with ADHD to control groups of children who did not have ADHD.

The results demonstrated that overall, the children with ADHD were less likely to have been breastfed at 3 and 6 months of age than the children without ADHD. This association between ADHD and lack of breastfeeding was statistically significant.


"Breastfeeding has been shown to have a positive impact on child development, good health, and protection against illness. Now, another possible benefit of breastfeeding for three months and especially six months or longer has been identified," says Ruth Lawrence, MD, Editor-in-Chief of Breastfeeding Medicine and Professor of Pediatrics, University of Rochester School of Medicine. "This study opens another avenue of investigation in the prevention of ADHD."

The study has been published in the journal Breastfeeding Medicine.

Childhood Obesity Risk May Not be Reduced by Breastfeeding
A recent research reveals that breastfeeding may not really help in reducing the risk of childhood ....

How and When to Stop Breastfeeding
If you want to stop breastfeeding, then here is your guide to doing it the right way. Find the answe...