Blood tests taken within six hours after birth could detect neuro disabilities in babies that experienced oxygen deprivation at birth, report a new study. The findings of the study are published in the journal Scientific Reports.

The prototype test looks for certain genes being switched on and off that are linked to long-term neurological issues. Further investigations of these genes may provide new targets for treating the brain damage before it becomes permanent.

The research was conducted in Indian hospitals, where there are around 0.5-1.0 million cases of birth asphyxia (oxygen deprivation) per year. Babies can suffer oxygen deprivation at birth for a number of reasons, including when the mother has too little oxygen in her blood, infection, or through complications with the umbilical cord during birth.


‘Following oxygen deprivation at birth, brain injury can develop over hours to months and affect various brain regions, resulting in a variety of potential neuro disabilities like epilepsy, cerebral palsy, deafness, or blindness. ’


This makes it hard to determine which babies are most at risk of complications and to design interventions that can prevent the worst outcomes.

Now, in a preliminary study of 45 babies that experienced oxygen deprivation at birth, researchers have identified changes to a raft of genes in their blood that could identify those that go on to develop neuro disabilities.

The team found 855 genes were expressed differently between the two groups, with two showing the most significant difference.

Examining these two genes in particular, and what processes their expression causes within cells, could lead to a deeper understanding of the causes of neuro disabilities prompted by oxygen deprivation, and potentially how to disrupt them, improving outcomes.

Lead author Dr. Paolo Montaldo, from the Centre for Perinatal Neuroscience at Imperial, said: "We know that early intervention is key to preventing the worst outcomes in babies following oxygen deprivation, but knowing which babies need this help, and how best to help them, remains a challenge."

Senior author Professor Sudhin Thayyil, from the Centre for Perinatal Neuroscience at Imperial, said: "The results from these blood tests will allow us to gain more insight into disease mechanisms that are responsible for brain injury and allow us to develop new therapeutic interventions or improve those which are already available."

The babies were part of a trial called Hypothermia for Encephalopathy in Low and middle-income countries (HELIX), which also examines the use of hypothermia (extreme cooling) on babies to prevent brain injuries developing following oxygen deprivation.

In higher-income countries, this is known to reduce the chances of babies developing neuro disabilities, but in lower-income settings cooling may not be feasible, and even with cooling 30 percent of babies still have adverse outcomes, so new therapies are still needed.

The team will next expand their blood testing study to a larger number of babies and examine the genes that appear to show the most difference between the groups.

Risk of Birth Asphyxia High Among Babies Born to Overweight and Obese Women
Babies born to overweight or obese women have a high risk of suffering from birth asphyxia, or experiencing oxygen deficit at birth, compared to normal weight women.
READ MORE

Most Common Cause of Birth Asphyxia: Human Error
Human error is the most common cause of infant asphyxiation at birth, according to findings from a 15-year study.
READ MORE

Find Out Why Brain is More Sensitive to Oxygen Deprivation
Hypoxia caused by a stroke activates a specific mechanism that is protective in other organs but can be detrimental to the brain.
READ MORE 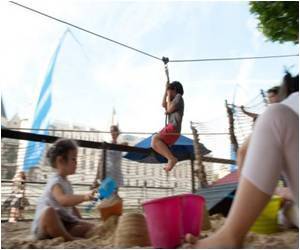 Link Between Oxygen Deprivation Before Birth and ADHD Discovered
Children exposed to ischemic-hypoxic conditions, situations during which the brain is deprived of oxygen are more likely to develop attention deficit hyperactivity disorder, states study.
READ MORE