Black raspberry intake was also associated with increased levels of circulating endothelial progenitor cells (EPCs), which help repair and regenerate damaged arteries, according to the study published in Journal of Medicinal Food, a peer-reviewed journal from Mary Ann Liebert, Inc., publishers. The article is available free on the Journal of Medicinal Food website until May 28, 2016.


Han Saem Jeong, Sohyeon Kim, and coauthors from Korea University Anam Hospital (Seoul) and Gochang Black Raspberry Research Institute (Korea), describe the results of a randomized controlled trial in which they compared two groups of patients with metabolic syndrome. One group received 750 mg/day of black raspberry extract, and the other received a placebo for 12 weeks.


In the article "Black Raspberry Extract Increased Circulating Endothelial Progenitor Cells and Improved Arterial Stiffness in Patients with Metabolic Syndrome: A Randomized Controlled Trial," the researchers present the changes recorded in the radial augmentation index (a measure of arterial stiffness), blood pressure, circulating EPCs, and various markers of inflammation for the two groups of patients. 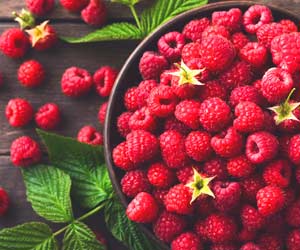