Being Envious 'Can Make You More Successful': Experts 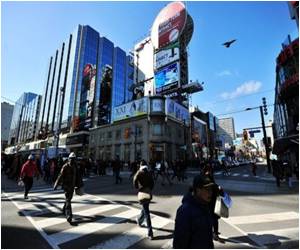 Experts have claimed that far from becoming a "green-eyed monster", envy can actually drive you to be more successful in your career.

Norman Feather, a psychologist at Flinders University, said that it was important to distinguish between "good envy" and "bad envy".

Researchers say that gender discrimination is a major reason women choose to pursue careers in biology rather than physics.
Advertisement

"There's hostile envy, where you feel envious towards the person because of their high status and you feel they don't deserve to be where they are," News.com.au quoted Feather as saying.


But there is also "benign envy", Prof Feather said, where you admire your colleague for their achievement and think they deserve to be there.

"The benign envy might have the effect of making you work a little bit harder trying to emulate the person who you envy, so your performance might get better," he said.

Boys Want The Limelight, Girls Affection When It Comes To Career Choices

A new UK study has shown that while boys aspire to take up a job that would catapult them to limelight, girls are likely to wish for more caring roles.
Advertisement
"You think 'They deserve their status and if I work a bit harder I'll get there too'," feather said.

According to Corporate psychologist Travis Kemp, envy could be a positive emotion if it was aspiring people to improve their performance, but bosses had to make sure it was managed correctly.

"People need to see there's equity and fairness in recognition, when that isn't there that's when people get envious," Kemp said.

"The key [for managers] is to explain exactly and precisely why they missed out, and put in place a very clear way for that person to improve on their weaknesses," he said.

Kemp said most employees would miss out on a promotion at some point in their career, but they shouldn't get caught in a victim mindset.

"Don't just think 'I'm at the mercy of an unfair system', because the longer you spend in that headspace the less likely you are to actually start to working on those things that stopped you getting the role," he added.

A growing number of modern women find more satisfaction in motherhood than in full-time work, a British think-tank has reported.
Advertisement
<< Risk Of Disability Can Be Affected By Family Background
Volunteers Bang Drums To Halt Peeing In Public >>

Accident and Trauma Care Sanatogen The Essence of Yoga Sinopril (2mg) (Lacidipine) Blood Pressure Calculator Post-Nasal Drip Selfie Addiction Calculator Blood Donation - Recipients Diaphragmatic Hernia Vent Forte (Theophylline)
This site uses cookies to deliver our services. By using our site, you acknowledge that you have read and understand our Cookie Policy, Privacy Policy, and our Terms of Use