Experts say that there is at least one strain of the H5N1 virus that leaves avian flu survivors at increased risk for Parkinson's disease, and other neurological problems later in life.

Writing in the online early edition of the Proceedings of the National Academy of Sciences, the researchers at St. Jude Children's Research Hospital said that their suggestion was based on the findings of the animal studies conducted by them.

They said that the mice that survived infection with an H5N1 flu strain were more likely than uninfected ones to develop brain changes associated with neurological disorders like Parkinson's and Alzheimer's diseases.


The study revealed the H5N1 flu strain caused a 17 percent loss of the same neurons lost in Parkinson's as well as accumulation in certain brain cells of a protein implicated in both diseases.

"This avian flu strain does not directly cause Parkinson's disease, but it does make you more susceptible," said Dr. Richard Smeyne, associate member in St. Jude Developmental Neurobiology.

"Around age 40, people start to get a decline in brain cells. Most people die before they lose enough neurons to get Parkinson's. But we believe this H5N1 infection changes the curve. It makes the brain more sensitive to another hit, possibly involving other environmental toxins," added Smeyne.

The single strain of the H5N1 flu virus involved in the study was the A/Vietnam/1203/04 strain. The threat posed by other viruses, including the current H1N1 pandemic flu virus, is still being studied.

The researchers believe the H5N1 infection sparks an immune response that persists long after the initial threat is gone, setting patients up for further devastating losses from a second hit, possibly from another infection, drug or environmental toxin.

In this case, they believe, the flu virus is the first hit that sets up development of Parkinson's at a later time.

While previous studies had isolated H5N1 in the nervous system, this is the first time that any study has shown the path the virus takes to enter the brain as well as the aftermath of the infection.

Smeyne said that the virus' path from the stomach through the nervous system and into the brain is reminiscent of how Parkinson's unfolds.

US Approves Quick Human Strain Avian Flu Test
The US Food and Drug Administration on Tuesday approved a test that can diagnose the human strain of avian flu in less than 40 minutes.
READ MORE

Study Unveils on How Avian Flu Dupes Our Immune System
The deadly H5N1 flu virus disarms the human immune system by hiding bits of genetic material that would normally trigger an infection alarm, according to a study published Thursday.
READ MORE 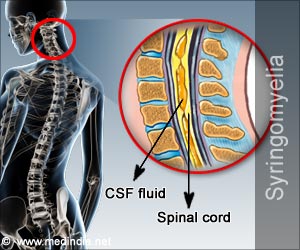