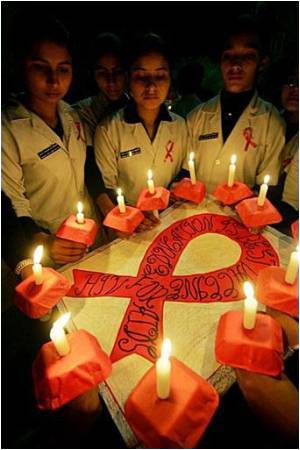 Assam has shown a quantum jump in the number of people living with HIV/AIDS, although the state is not yet categorised as a high risk region.

As per latest figures released by the Assam State AIDS Control Society, there are 4,251 people living with HIV, the virus that causes AIDS. The jump in the number of people infected with the virus has increased from 364 in 2001 to 4,251 in April this year.

"Assam may not be a high prevalent state, but the worrying part is that we are surrounded by Manipur, a very critical state in terms of HIV/AIDS," Health Minister Himanta Biswa Sarma told journalists.


The state also has 1,070 people living with AIDS.

"A record 86 percent of the people living with HIV contracted the virus through promiscuous sex. With Assam considered the gateway to the northeast, truckers from outside the region are to a great extent responsible for spreading the virus," the minister said.

Encyclopedia section of medindia explains in brief about the prevention for AIDS/HIV
Advertisement
So far, 230 people have died of HIV/AIDS in Assam.

Some 2.5 million Indians are HIV positive of which the northeast accounts about 45,000. Manipur alone has an estimated 25,000 people living with HIV/AIDS.

India's northeast borders the heroin-producing Golden Triangle of Laos, Myanmar and Thailand and has high rates of intravenous drug use - a key cause of HIV infection here.

Health workers also emphasised the need to educate sex workers following surveys that suggest most prostitutes in the region were engaging in unprotected sex.

Despite the efforts of NGOs and pressure groups, government agencies in the region have so far not managed to curb either drug addiction or prostitution.

As a step towards bringing about awareness, the Red Ribbon Express - an exhibition train spreading awareness on HIV/AIDS and health-related issues as part of the National Rural Health Mission (NRHM) - would reach Assam June 17.

"The train would stop for two days at various railway stations till July 8 and would try to spread awareness and educate people," Sarma said.

The aim behind the project is to bring people living with HIV/AIDS to the mainstream for socio-economic development then merely showing it as a medical or public health issue.

The train was flagged-off from Delhi December 1, 2009 on World AIDS day and would cover 124 railway stations spread across 24 states before ending its journey in December, 2010.

This Interactive provides step by step visual aid showing how to correctly use condoms which can prevent transmission of HIV, other sexually transmitted diseases and pregnancy
Advertisement
Advertisement