Assam Governor Gets A Permanent Pacemaker 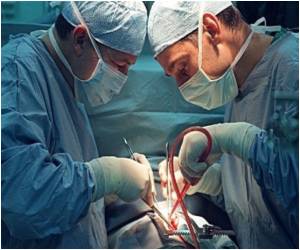 The 85-year-old veteran Congress leader was discharged from Asian Heart Institute (AHI) Monday and is currently recuperating at Raj Bhavan in Mumbai.

New research indicates that some patients who suffer from neurally mediated synope (NMS) may be good candidates to receive a dual-chamber pacemaker to prevent common fainting spells.
Advertisement

According to the sources, Patnaik was brought from Guwahati and admitted to AHI, Bandra, last week following complaints of breathing troubles.


He underwent an angiography and later a permanent pacemaker implantation procedure was carried out by a cardiology team headed by Dr. Tilak Suvarna.

Shalini Arora - an epilepsy patient was treated with a pacemaker.
Advertisement
A pacemaker is a small device placed in the chest or the abdomen to help control abnormal heart rhythms. The device uses electrical pulses to prompt the heart to beat at a normal rate.

Patnaik, a three-time former chief minister of Odisha, has been the Assam governor since 2009.

Patnaik is accompanied by his wife and a secretarial team from Assam.

He is likely to take rest for some more days before resuming his normal gubernatorial functions in Assam.

Palpitations And Arrhythmias
News Archive
News Resource
News Category
Milestone In Voluntary Blood Donation Achieved Samsung Reinvents Toilet for the Poor Which is a Better Form of Exercise: Daily or Weekly? First Phase of Foot-and-Mouth Disease Vaccination Shocking News: Polio Cases Return After a Decade in the US
More News
Sign up for Wellness Consult a Doctor Sign up for Selfcare

More News on:
Palpitations And Arrhythmias