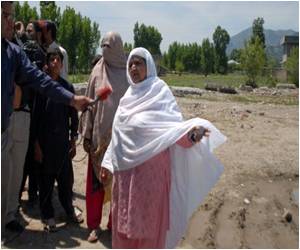 The water company and health officials monitoring water in Karachi, home to 18 million people, have been ordered to trace the source of the Naegleria fowleri outbreak.

Change in climate may increase exposure to water-borne diseases originating in oceans, lakes and coastal ecosystems. The impact of climate change could be felt within 10 years, say US scientists.
Advertisement

Saghir Ahmed, health minister of southern Sindh province of which Karachi is capital, said the drinking supply, swimming places and facilities used for the ritual ablutions Muslims must perform before prayers were all under investigation.


"There is no reason to panic and citizens should stay calm and take precautions," Ahmed said.

"It is a water-borne infection and we are thoroughly inquiring about its arrival and spread here."

One Dies in Surat as Water-Borne Diseases Increase in Summer

The onset of summer has not only brought unwelcome heat, but has also resulted in a rise in water-borne diseases in Surat.
Advertisement
Shakeel Malick, a health ministry official, said the amoeba had caused 10 deaths so far this year. He said there have been cases in the past, but so few that detailed numbers were not recorded.

The amoeba causes primary amoebic meningitis, a disease with a fatality rate of over 99 percent, said Faisal Mehmood, an expert in infectious diseases.

Naegleria fowleri is found in warm fresh water and usually infects people when contaminated water enters the body through the nose. The amoeba passes through the nasal membranes and destroys brain tissues.

The ablutions Muslims must perform before praying involve rinsing inside the nose and Ahmed said people should use boiled water for the purpose while the outbreak was going on.

The World Health Organisation (WHO) said nine cases had been confirmed and one more was suspected. It is working with Pakistani officials to investigate the cases and work out steps to prevent further infections.

"We are visiting houses of the victims and profiling their history," Musa Khan, WHO's head of disease early warning system in Pakistan, told AFP.

Misbahuddin Farid, who heads the Karachi Water and Sewerage Board, said chlorine concentration was being increased in reservoirs and supply stations as a precaution.

A health ministry statement referring to recent lab tests said 22 per cent of 913 samples drawn from water supply sources in the last three months were found to be non-chlorinated.

After Floods Its Water-borne Diseases That Threaten Gorakhpur

Floodwaters have started receding in Gorakhpur in Uttar Pradesh, but water-borne diseases have started taking a toll.
Advertisement
<< Assam Governor Gets A Permanent Pacemaker
In Soccer Players Does Gender Affect Acute Concussive Injur... >>