Twenty-nine Ebola patients in isolation ward, in the Liberian capital Monrovia, were forced to flee the facility, as armed men attacked them overnight, witnesses said Sunday. 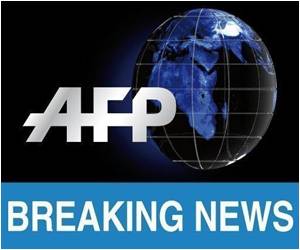 "They broke down the doors and looted the place. The patients all fled," said Rebecca Wesseh, who witnessed the attack and whose report was confirmed by residents and the head of Health Workers Association of Liberian, George Williams.

Ebola 'Moving Faster' Than They can Handle: MSF

In west Africa, the Ebola crisis is outstripping the ability of aid organisations to stem the epidemic, the head of international medical charity MSF said Friday, likening it to a war.

Ebola is caused by a virus via direct contact with body fluids or infected blood. Scientists have identified five types of Ebola or Ebola hemorrhagic fever virus.

Why is the deadly Ebola virus outbreak making the health experts hit the panic button? Find out from this ...

NGOs and aid workers are worried of their safety after they are being increasingly targeted for attack in hostile war zones across the globe.