Apple and Lettuce Could be the Remedy for Garlic Breath 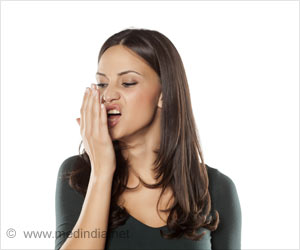 Researchers from the Ohio State University conducted a study the compounds that reduce garlic breath. The researchers gave participants three grams of garlic cloves to chew for 25 seconds. Then the participants received raw, juiced or heated apple, raw or heated lettuce, raw or juiced mint leaves or green tea were consumed immediately.

How to Take Garlic Breath Away

A glass of milk is the best way to battle garlic's obstinate odour, scientists have revealed.
Advertisement
‘The levels of volatile compounds on the breath after garlic consumption reduced after eating apple and lettuce.’
Tweet it Now


The researchers analyzed the levels of volatiles on the breath after consumption by selected ion flow tube mass spectrometry.

The findings showed that raw apple and raw lettuce decreased the concentration of volatiles in breath by 50 percent or more compared to the control for the first 30 minutes.

Onions are known for making you cry. However, you might be in for a good luck now as a U.K. supermarket chain has introduced a red onion that promises to be tear and bad breath free.
Advertisement
The deodorization levels of mint leaves were higher compared to raw apple and raw lettuce for all volatile compounds measured.

Apple juice and mint juice reduced the levels of volatiles, but not as effectively as chewing raw apple or raw mint.

Heated apple and lettuce significantly reduced the levels of volatiles. However, green tea had no deodorizing effect on the garlic compounds.

The researchers said that foods deodorize garlic breath through two mechanisms. First, enzymes in raw foods help destroy the odors. Phenolic compounds in both the raw and cooked foods destroyed volatile compounds. Thus raw foods are more effective because they contain both the enzymes and the phenolic compounds.

The study is published in the Journal of Food Science.

Apple cider vinegar is good as a salad dressing or as a pickling agent but how effective is this ancient folk ...

What are the best fat-burning foods? Some vegetables like spinach, mushrooms; certain nuts, legumes and ...

Apples are delicious fruits that are loaded with essential nutrients, such as vitamins and minerals. Apples ...

Lettuce nutritional benefits are many and lettuce salad can be consumed daily for good health. Being aware of ...

Fruits and vegetables can affect an individuals health in numerous ways. Read on to discover the 7 best ...

Spices have been used in ancient medicines to cure a wide range of diseases. They are a part of our ...

Every season calls for a food shift. The winter season shift is the best and sweetest. Oranges, amla, ...
This site uses cookies to deliver our services.By using our site, you acknowledge that you have read and understand our Cookie Policy, Privacy Policy, and our Terms of Use  Ok, Got it. Close
×