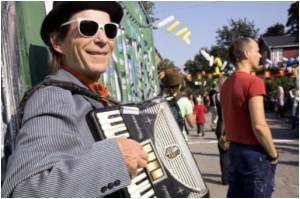 An 'anytime' intelligence test that gives a more accurate idea of the intelligence of the test subject has been developed by researchers at University of Valencia.

"The others are that it can be applied to any subject - whether biological or not - at any point in its development (child or adult, for example), for any system now or in the future, and with any level of intelligence or speed," Jose Hernandez-Orallo said.

He and his colleague David L. Dowe of the Monash University used interactive exercises in settings with a difficulty level estimated by calculating the so-called 'Kolmogorov complexity'.


The test can be used in the field of artificial intelligence and could have significant impact on most cognitive sciences.

Before this, there were no theories or tools to evaluate and compare future intelligent systems that could demonstrate intelligence greater than human intelligence.

Swedish scientists have discovered that inflammation is connected with lower intelligence and premature death.
Advertisement
"The universal and unified evaluation of intelligence, be it human, non-human animal, artificial or extraterrestrial, has not been approached from a scientific viewpoint before, and this is a first step", the researchers concluded.

The study has been published in the journal Artificial Intelligence.

British women have stated, in a survey, their notions on how a perfect boyfriend should be - tall, blue-eyed, and muscular with a hairy chest.
Advertisement
<< Men Hire Themselves Out as Husbands in Malaysia
Preterm Births, Developmental Problems in Newborns may be... >>

News Archive
News Resource
Advertisement
News Category
Simple Tips to Avoid Infectious Disease and Stay Healthy at Holiday Gatherings Thanksgiving Meal may hit Your Wallet This Year: Here's Why Anti-Pollution Skin Care: It's Time to Protect Your Skin From Pollution Is Traditional Shaman Drink Ayahuasca Safe for Consumption Food Choices: What You Eat Depends on Culture or Genes
More News
Sign up for Wellness Consult a Doctor Sign up for Selfcare