Men Hire Themselves Out as Husbands in Malaysia 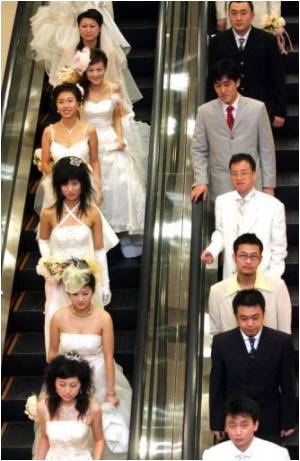 It has emerged that many Malaysian men have been busted for hiring themselves out as husbands to foreign women who need a pass to remain in the country.

It appears the men, who are usually middle-aged, agree to the sham marriage for monetary gains.

"We get suspicious when a much older man marries a young foreigner," the Star Online quoted Perak Immigration department director Mohamad Shukri Nawi as saying.


"This is especially so if the man's occupation is listed as rubber tapper or fisherman," he stated.

He also revealed that his officers have come across several cases where men admitted their marriage was a sham.

Infidelity is no longer seen as a midlife crisis alone because younger people are beginning to cheat on their spouses
Advertisement
"There were times when women arrested at nightspots would furnish us with a so-called marriage certificate. But when the husband turns up to claim the wife, he eventually admits the marriage is just a cover," he said.

Asked about the fate of the foreign women in such marriages of convenience, Mohamad Shukri said their passes would be revoked and they would be deported.

Divorce can be traumatic for children and create a sense of insecurity amongst them. Couples should realize that joined parenting is important even after divorce.
Advertisement
<< Like-Minded Partners Make Better Parents, Says Study
Anytime Universal Intelligence Test to Tell How Smart You a... >>

Drug - Food Interactions Sanatogen Find a Doctor The Essence of Yoga Loram (2 mg) (Lorazepam) How to Reduce School Bag Weight - Simple Tips Color Blindness Calculator Turmeric Powder - Health Benefits, Uses & Side Effects Post-Nasal Drip Drug Interaction Checker
This site uses cookies to deliver our services.By using our site, you acknowledge that you have read and understand our Cookie Policy, Privacy Policy, and our Terms of Use  Ok, Got it. Close
×