Swedish scientists have discovered that inflammation is connected with lower intelligence and premature death.


The researchers from the Karolinska Institute in Stockholm, Sweden, used large population-based registers containing data collected over several decades. Inflammation and intelligence were measured at 18-20 years of age in nearly 50,000 young men, and deaths over the following 35 years were recorded.


"Although we knew that inflammation associated with infection or cardiovascular disease could impair brain function, this is the first time that similar associations have been shown in healthy young people," said Dr Karlsson.

"This suggests that even low levels of inflammation can have detrimental consequences for health and brain function," he added.

"One interesting possibility is the role of environmental factors during childhood," he added.

In the current study, childhood socio-economic status predicted the level of inflammation seen in young adulthood. For example, children of farmers had higher levels of inflammation than those whose fathers were non-manual workers.

The research has been published in Brain, Behavior and Immunity.

'Rotten Eggs' Gas may Help Ease Joint Inflammation
Hydrogen sulphide is a gas mostly associated with the smell of rotten eggs, but it is also found in fluid form in the body, and may protect against inflammation.
READ MORE 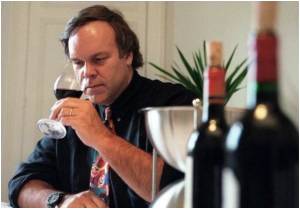 Red Wine Can Suppress Inflammation In Humans
A popular plant extract, called resveratrol, can suppress inflammation in humans, according to a new study.
READ MORE