Antibiotic use following surgery for complicated appendicitis surgery may do more harm than good, suggests a new research. The researchers found that such patients remained in the hospital up to one day longer than patients who had not received antibiotics.

Lead researcher Dennis Kim from Los Angeles Biomedical Research Institute in the US said, "Our study indicates antibiotics may not be necessary following surgery for complicated appendicitis."


The research team studied the outcomes over five years for 410 adults with complicated appendectomies, or those where the appendix was found to be perforated or gangrenous. Post-operative antibiotics were administered to 274 of those patients, or 66.8%.

Kim said, "Antibiotics are not without risks, costs or complications. While further study is needed, surgeons and physicians may wish to re-examine or be more selective in deciding which patients may potentially benefit from post-operative antibiotic therapy for complicated appendicitis."

The study appeared online in the American Journal of Surgery.

Three Out of Four Cases of Uncomplicated Appendicitis Recovered On Antibiotics
Appendicitis strikes about 300,000 Americans a year, afflicting one out of 10 adults at some point in their lives and appendectomy is done.
READ MORE

Using Algorithm in Diagnosing Children With Appendicitis Reduces Use of CT Scans
Researchers at Mayo Clinic Children's Center have found that using an algorithm in diagnosing pediatric patients with suspected appendicitis can reduce the number of CT scans.
READ MORE 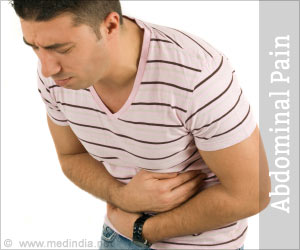 Abdominal Pain
Abdominal pain occurs due to multiple causes. Pain due to obstruction in the small intestine appears around or above the umbilicus or belly button. Type of abdominal pain may vary from mild to severe.
READ MORE