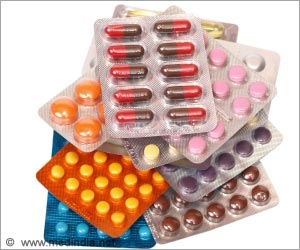 In a shocking study, it has been estimated that about two million Indians are likely to die every year by 2050, by a British economist earlier this month. The reason behind such drastic mortality rates would be the usage of antibiotics as over the counter drugs for even the smallest of infections such as common cold and flu, because of which scientists foresee an imminent failure of these wonder drugs that could treat any harmful bacteria in the past. According to a recent report released by the Princeton University, U.S, India's usage of antibiotics has raised by 62 percent over the past decade, while the count is just around 36 percent in other countries.

In India, many general practitioners, due to increasing demand from their patients to get treated quickly and at lower cost, prescribe the available popular antibiotics nor in worst cases, the patients directly gets it from any drug store. This kind of a treatment, on the other hand, is strictly prohibited in the Western countries, where antibiotics are available strictly on prescription alone. Nowadays, the need for a laboratory investigation to find out if the infection is caused by a virus or bacteria is neglected for speedy treatments. Prescribing antibiotics for a viral infection would be a waste of time because it has no effect on the viral replication that takes place inside the cells.
Advertisement

Hospitals in India have started recording cases where infections are developing resistance to the antibiotic Colistin. The disturbing fact here is that Colistin is considered as the last line of antibiotics used when the patient doesn't respond to any other antibiotic available. Colistin in itself was dropped from use in the 1970s due to its toxicity and was brought back when there was no other option.


The development of drug-resistant pathogens and infection causing microbes globally can be owed to over-prescription of antibiotics or prescribing it when a simpler drug would do the job just right. The director general of World Health Organization, Ms. Margaret Chan on this says, "Some experts say we are moving back to the pre-antibiotic era. No. This will be a post-antibiotic era. In terms of new replacement antibiotics, the pipeline is virtually dry... the cupboard is nearly bare."


Time is of essence, as bacteria are growing stronger

India has a higher risk of exhausting the antibiotic treatments currently available than any other country. According to Dr Sumanth Gandra, co-investigator on the Princeton University research team, resistance begins when people take antibiotics for "acute, self-limiting" infections, such as diarrhoea, and fever-driven illnesses where these drugs simply do not work, such as dengue fever, malaria or chikungunya. When this continues, bacteria become resistant to the antibiotic, which leaves the physicians with no other choice but to use an even stronger drug, until, one day, there won't be any drug to be used.
Advertisement
Neisseria gonorrhoeae is a bacterium that causes severe infection of the reproductive tract in women and if left untreated, it can cause infertility and increased risk of HIV/AIDS infection. Dr. Gandra, who is an infectious-diseases expert and fellow at the Center for Disease Dynamics, Economics & Policy (CDDEP), a public-health research organisation based in Washington D.C. and New Delhi, comments on the it stating, "Neisseria gonorrhoeae can no longer be cured by sulfonamides, penicillin, tetracyclines or fluoroquinolones, not just in India but in any part of the world. Most cases globally are responding to injectable third-generation cephalosporins (a late-generation antibiotic derived from a fungus). A few cases are showing resistance to even this last-line agent." Once the microbes are resistant to drugs, it can easily spread through out the world.

In 2010, doctors from Delhi hospitals investigated cases where patients were infected with antibiotic resistant bacteria. They found that the bacteria contained a gene that could resist the action of the latest group of antibiotics. The gene was called NDM-1 or New Delhi Metallo-beta-lactmase-1. Some bacteria are considered harmless and are actually good for the body especially the gut bacteria. Even these may contain the NDM-1 gene. As bacteria can share their DNA easily, the NDM-1 may also be transferred from good bacteria to a harmful one. With gut bacteria, the chances of that happening may increase when you take antibiotics, because bacteria, like every species, evolve to survive.

About 90 percent of Indian adults are found to contain the gene, all of whom may contribute to the evolution of the antibiotic resistant bacteria if the unnecessary use of antibiotics continues, which unfortunately is the norm nowadays. It would be a real nightmare if the NDM-1 gene were transferred to highly pathogenic bacteria.


Combination of antibiotics: A lifesaver for now

The largest public hospital in India, the All India Institute of Medical Sciences (AIIMS) in New Delhi, reports a major decrease in the responsiveness of infections to antibiotics. Between 2001 and 2003, when the drug Meropenem was used, the response rate of pathogens was about 80 percent, which was a very good one. During the period of 2007-2009, the same rate fell to 19%. In the case of Ciprofloxacin, the effectiveness fell from 60% to 0; the Indian Express reported in 2012, quoting an AIIMS study of data gathered over 10 years. Due to the continued decline ion the response of pathogens, doctors are finding it harder to treat patients with hospital-acquired infections.

In order to tackle this, doctors have begun to use combinations of antibiotics for better results. For instance, at AIIMS, two antibiotics (Piperacillin-Tazobactam or Cefoperaone-Sulbactam) are used against a bacterium that normally causes pneumonia in ICU patients. Even then, with time, these pathogens will develop resistance even to these life-saving combinations.

Though the situation has been this grave for a long time, the health authorities in India have taken minimal steps to deal with the approaching issue. A potential national antibiotic policy, which would have banned over-the-counter sales of antibiotics and prohibited the use of other second-line antibiotics, was shelved quoting that the ban may affect healthcare in rural areas, where the people just have access to drugstores.

Mr. Gandra, suggests that it is better to study the antibiotic dispensing in drugstores across the nation instead of coming to a conclusion blindly. A study in Karnataka's Tumkur district has found that most people visiting rural pharmacies have seen a medical practitioner and have a prescription, unlike their urban counterparts, who are more likely to self-prescribe. On which he added, "If more studies find similar results, then eliminating over-the-counter availability in urban areas would be more appropriate."

The law, if enacted, would help in tackling the current situation. Antibiotics, at any cost, should be avoided in case of common cold, flu etc., unless advised by a physician. If the doctors suggest discharge, it is better to do so and minimize hospital stay as much as possible. The hospitals on the other hand, should maintain a better infection control mechanism, which would help in controlling the situation. Also, they should resist the distribution and prescription of antibiotics to the patients

Source: Medindi
Advertisement
<< Walking For Health and for Recharging Your Device
Strive for the Good Life, We Know the Basics for Sure >>

Giant Panda Blood May Be the Source of Powerful Antibiotics
Giant panda blood contains a peptide that can fight drug resistant bacteria and fungi, according to ...

Antibiotics Over Prescribed in Asthmatic Children
Antibiotics are often prescribed with antiasthma drugs when they may not be required....