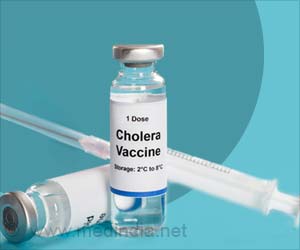 Targeting cholera control measures at the district and neighborhood level could make anti-cholera efforts much more effective and dramatically reduce the burden of this disease, suggest two different studies from the Johns Hopkins Bloomberg School of Public Health.

One of the teams of scientists developed a high-resolution map of cholera cases in most of Africa in a study to be published in The Lancet. These maps show that while cholera is considered endemic in many African countries, most cases of the disease are concentrated in relatively few areas. Focusing anti-cholera efforts on these hotspots could reduce the region's annual burden of the disease by 50 percent by targeting fewer than five percent of districts in sub-Saharan Africa, the scientists estimate.

In a related study published in PLoS Medicine, a team also led by Bloomberg School researchers modeled the rapid targeting of anti-cholera measures, including vaccination, to the areas immediately surrounding cholera victims' dwellings. They showed that this can be an efficient strategy to limit outbreaks, as an alternative or a complement to wider-scale interventions.

Cholera is widely underreported, with estimates of the actual global burden ranging up to 4 million cases and 143,000 deaths a year. There are 150,000 infections and thousands of deaths each year around the globe, according to the World Health Organization (WHO).
Advertisement
Much of this burden lies in sub-Saharan Africa, where frequent cholera outbreaks are a major source of social and economic disruption. Resources to fight cholera, including oral cholera vaccines (OCVs) and funds to build water and sanitation infrastructure, are limited in comparison with the population potentially at risk--including roughly a billion people in sub-Saharan Africa.

"To eliminate cholera as a public health problem we need to target control measures efficiently to those at highest risk," says Justin Lessler, an associate professor in the Bloomberg School's Department of Epidemiology and co-lead author of the Lancet study.

For the study, Lessler and colleagues gathered 279 separate datasets showing the locations of sub-Saharan Africa cholera cases in 37 countries from 2010 to 2016. The datasets came mostly from records of the WHO, Médecins Sans Frontières (Doctors Without Borders), African ministries of health, and other scientists' epidemiological studies. Datasets on two countries in the region, Eritrea and Djibouti, were not sufficiently complete to include.

The team mapped the region's reported cholera cases, which averaged 141,918 per year, to 20-square-kilometer grid cells. They defined the "high incidence" cells as those that averaged more than one case of cholera for every 1,000 residents during the study period. These hotspots, the researchers found, accounted for most of sub-Saharan Africa's cholera cases--yet they represented just a tiny proportion, roughly two percent, of the region's population. The scientists determined that effectively targeting cholera control efforts to only the worst of these hotspots would cut the region's cholera burden in half.

"In principle, we could do this by targeting only about 12 million people, or just 1.2 percent of the total study population, though targeting interventions at the grid-cell level is likely not a practical approach." Lessler says.

Targeting interventions based on actual political units, such as sub-provinces or districts rather than grid cells on a map, would be a more realistic approach. Although it would be less precise, it still would require the application of cholera control measures to only a small fraction of the study population, about 3.6 percent, the researchers found.

Lessler and colleagues now plan to extend their fine-scale cholera mapping efforts beyond Africa. "We'd like to develop an integrated global map of cholera cases and cholera risk, updated in near-real time," he says.

For the PLoS Medicine study, a team co-led by Andrew Azman, a research associate in the Bloomberg School's Department of Epidemiology, used detailed data from a 2011 cholera epidemic in Chad to make a computational model that could simulate realistic epidemics. The team, working with colleagues from École Polytechnique Fédérale de Lausanne, based these simulations on "fine-grained" data that showed the locations of victims' homes and timing of infection, allowing the researchers to see how it spread, from house to house, day by day.

They then used this to model a "case-area targeted intervention" strategy in which cholera-control measures are focused on people living in close proximity to victims.

"This strategy has been applied in some recent outbreaks, but there haven't been enough studies of whether it's effective and how to optimize it," Azman says.

The scientists modeled the use of OCVs, antibiotics, and point-of-use water treatment (POUWT) against simulated outbreaks. They found that even assuming realistic logistical delays, the early application of these combined interventions to individuals living in close proximity to cholera victims should be highly effective.

OCV appeared to be by far the most effective of the interventions. In the simulations, it reduced the duration of outbreaks by an average of 68 percent and the number of cases by 81 percent when applied within its optimal range--an area of 100-meter radius centered on each cholera case household. Adding POUWT and antibiotics improved that outcome only slightly. The modeling also showed that when applied in this case-area targeted manner, OCV can be more than 40 times more efficient at averting cholera cases than traditional mass-vaccination campaigns.

"Our findings suggest that case-area targeted interventions are much more resource-efficient and could play an important role in shortening the duration of outbreaks," Azman says.

The project was carried out in close collaboration with Médecins Sans Frontières, and Azman expects that MSF and other groups may consider using the case-area targeted approach in future cholera control efforts.