Another Government Shutdown Looming in US? 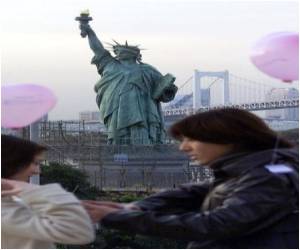 In a new national public opinion poll nearly two-thirds of Americans say there will probably be another government shutdown in the months ahead as Congress continues to debate deficit and budget issues. The opinion poll was commissioned by Research!America and the American Society of Hematology. This sentiment is shared across party affiliations: Democrats (66%), Republicans (65%) and Independents (65%). There is also consensus across party lines that government dysfunction has consequences. A majority of Americans (57%) say the shutdown in October caused significant harm to many government-funded programs including medical research, defense and education. Democrats (68%) and about half of Republicans (49%) and Independents (51%) agree.

On the topic of sequestration, a plurality (44%) says Congress must tackle tax and entitlement reform to reduce the deficit instead of continuing the 10 years of across-the-board cuts; another 16% say sequestration is not the right way to reduce the deficit. Less than a quarter (23%) believe the across-the-board cuts are a way of ensuring that many government programs share the pain, and 17% say they're not sure. In general, 62% of Americans say they're concerned about the long-term effects of sequestration on advances in health care such as the development of new drugs and other treatments.


"Our poll demonstrates uneasiness among many Americans about the ramifications of deep spending cuts to programs that are critical to our health and well-being," said Mary Woolley, president and CEO of Research!America. "Americans want Congress to reach a budget deal that protects medical and health research, at least in part because of concern that our nation is at risk of losing our global leadership position in science and innovation."
Advertisement
The poll shows nearly three-quarters (73%) of Americans doubt the U.S. will be the number one world leader in science and technology in 2020, a significant increase from the percentage that doubted U.S. leadership last year (59%). In addition, one-third of respondents believe China will surpass the U.S. in six years. Another 30% are not sure which country will lead in science in 2020. Many believe the federal government must increase investments in medical and health research now to ensure that the U.S. can compete globally (61%), and a vast majority (84%) think it's important for the U.S. to lead in medical, health and scientific research.

The current level of federal spending for research to combat disease leaves many Americans on edge. Upon hearing the U.S. spends about 5 cents of each health dollar on research and development to prevent, cure and treat disease and disability, nearly half (49%) say it's not enough. Where the additional funds would come from is another question. A plurality (43%) of Americans states its willingness to pay $1 per week more in taxes if the respondents were certain that all of the money would be spent on additional medical research, with 34% not willing and another 23% uncertain about additional taxes for research.

"By cutting federal funding for research supported by the National Institutes of Health and other agencies, we are literally putting lifesaving research on hold," said Janis Abkowitz, MD, president of the American Society of Hematology, the world's largest association of blood specialists. "As someone who has seen firsthand how scientific breakthroughs have led to better treatments for patients with blood diseases, it is encouraging to see that voters view medical research funding as a key issue when deciding who will get their vote."

Looking ahead to the midterm elections, about two-thirds of respondents (66%) say it's important for candidates running for office to assign a high priority to funding medical research. More than half (53%) do not believe elected officials in Washington are paying enough attention to combating the many deadly diseases that afflict Americans.

Among other findings:
• 70% say basic scientific research that advances the frontiers of knowledge is necessary and should be supported by the federal government, even if it brings no immediate benefits.
• Upon hearing the federal government spends approximately $100 per American per year on medical research on all diseases and disabilities, about half (46%) say that's not enough.
• 79% say it's important that our nation supports research that focuses on improving how our health care system is functioning.
• 75% of Americans say it's important to invest in research for job creation and economic recovery.
• 54% say the cost of health care is the single most important health issue facing the nation.
• 51% say research to improve health is part of the solution to rising health care costs.
• 75% say it's important to conduct medical or health research to understand and eliminate health disparities.

Democrats Vote for US House Bill Cutting 'Obamacare'
Several Democrats willvote for legislation that would gut significant portions of the new US health ...

Hundreds of Tourists Asked to Leave US National Parks Due to Government Shutdown
The government shutdown in the US is also affecting tourists in the country....