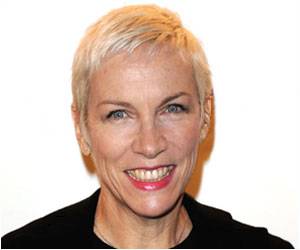 Scottish singer Annie Lennox has admitted she had a 'wake-up call' during her visit to developing countries. Annie says my wake-up call came when I was visiting developing countries,where I saw women who weren't even near the bottom rung of the ladder and I realized women were being treated so badly and there were so many issues.

Annie Lennox, Scottish singer admits that she had a wake-up call during her visit to developing countries. The 56-year-old is doing her best to raise awareness of International Women's Day, which takes place annually on March 8 and aims to celebrate female achievements in the spheres of economics, politics and social changes.

On International Women's Day 2011 Dr. Gita Arjun discussed the importance of empowering and encouraging women to pay attention to their health and increasing women's awareness of wellness and fitness.
Advertisement

Annie is well-known for her charity work, and this year she has visited developing countries such as Malawi in Africa, which made her realize there is still so much to be done in the realm of women's rights across the globe.


"I do sometimes want time to myself but I am so motivated, I am so fortunate in my life. My children are more adult now and they are healthy. As a mother it is such a privilege to have healthy children and I feel so passionately about that and in my lifetime I want to help women move forward," she said.

"I don't do what I do to get awards. I want to be a voice for women who don't have a voice and don't have anywhere to go. I want to encourage them to make the transformation in their lifetime," added Annie.

As popular revolts continue to rock autocratic regimes across the Arab world, women are defying both taboo and stereotype and emerging as a driving force that is keeping the momentum