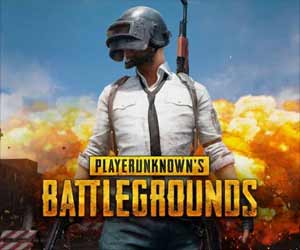 Around 40 percent Indians feel that violent video games such as PUBG and other common addictions such as cigarettes, marijuana, and e-cigarettes should be banned in India.

Amid the controversy over restrictions on the popular mobile game PlayerUnknown's Battlegrounds (PUBG) in Gujarat, a new study has found that about 40 percent of Indians want a complete ban on cigarettes, marijuana, e-cigarettes, violent video games, and online betting.

Advertisement
‘Todays youngsters are too much addicted to popular mobile game PUBG, and use of tobacco products such as cigarettes, marijuana, and e-cigarettes are on the rise. Therefore, nearly 40 percent of Indians think it is necessary to ban these violent video games and harmful tobacco products.’

While 68 percent respondents endorsed social media use in moderation, 62 percent approved consumption of packaged salty snacks in moderation, 57 percent urban Indians were fine with an intake of sugary soft drinks in moderation, according to the survey by market research firm Ipsos.


"Vices are largely defined by social taboo, and the survey validates what is socially acceptable and what is not. And the rules of the game are not likely to change," Parijat Chakraborty, Service Line Leader, Ipsos Public Affairs, Corporate Reputation & Customer Experience, said in a statement.
Advertisement
The results are based on a survey of over 1,000 people in India conducted between November 26 and December 7, 2018.

"Some of the popular violent video games have been banned in India. And our survey validates that most Indians reject them, as they are interpreted as vices," Chakraborty added.

About 45 percent Indians feel that usage of e-cigarettes and vaping devices will surge in the next 10 years, the study said.

Understanding How Video Games may Affect the Brain
Cognitive performance and white matter connectivity in the brain predicted how best we can learn to ...

Violent Video Games will not Make You Aggressive
Playing violent video games for a long term have no influence on the adult aggression levels, finds ...

All You Need to Know About E-cigarettes
E- cigarettes, a new device to counter the disease burden of tobacco smoking....