Aleglitazar may be Effective for the Treatment of Liver Cirrhosis

Aleglitazar, an investigational drug, shows potential to be an effective treatment for liver cirrhosis, according to a recent research.

"Increased portal inflow resistance and splanchnic (related to internal organs) hyperdynamic circulation are the primary factors in the pathophysiology of PH," explained Ying-Ying Yang, MD, PhD, MPH, of the Division of Gastroenterology and Hepatology, Department of Medicine of the National Yang-Ming University School of Medicine, Taiwan. "Nonselective beta-blockers, which lack splanchnic and intestinal effects, have been the mainstay of drug therapy for PH but are limited by their potential for adverse effects. We have found that a newly developed PPARα/γ agonist, aleglitazar, is able to suppress the inflammation, angiogenesis, tissue damage, and fibrosis associated with cirrhosis in the splanchnic, intestinal, as well as the hepatic circulations of cirrhotic rats with PH syndrome."


Cirrhosis of the liver is a serious condition in which the liver is permanently scarred, often as a result of liver disease, hepatitis C virus, or alcohol or drug use. Liver cirrhosis was the 12th leading cause of death in the United States in 2013, and between 2000 and 2015, death rates for chronic liver disease and cirrhosis in the US increased by 31 percent. Cirrhosis is the most common cause of PH and can result in fluid accumulation (ascites), increased spleen size, and swollen veins around the esophagus and intestines.

"We know that PH in patients with cirrhosis is primarily initiated through increased levels of circulating soluble TNF receptors and TNF-α. Overall, the therapeutic effects of aleglitazar can be attributed to its anti-inflammatory and anti-TNF-α actions," explained Dr. Yang. "Our findings as a whole imply that treatment with a dual PPARa/B agonist may be a promising approach to simultaneously control the multifaceted abnormalities of PH syndromes in cirrhosis with a low side effects profile." 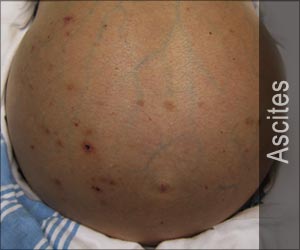 Ascites
Ascites is fluid collection in the peritoneum usually as a consequence of liver damage commonly seen in cirrhosis. Cancers and tuberculosis can cause ascites due to peritoneal spread of the disease.
READ MORE 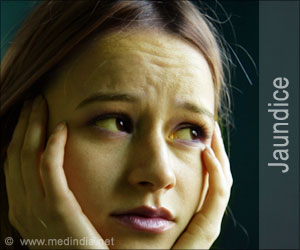