Affordable Care Act May Have Cut Down Uninsured Cardiac-Related Hospitalizations 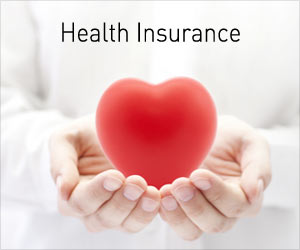 Affordable Care Act(ACA) was implemented to improve the access of health care coverage to low-income families by expanding Medicaid. This led to an immediate decline in the percentage of individuals hospitalized without insurance.

States that expanded eligibility for their Medicaid program in 2014 when the Affordable Care Act (ACA) was implemented, saw fewer uninsured patients among major cardiac-related hospitalizations in the first year compared with states that did not expand the program, reveals a study in JAMA Network Open.

One goal of the Affordable Care Act was to broaden access of health care coverage to low-income individuals and families by expanding Medicaid. However, states were able to choose whether or not they extended Medicaid eligibility, potentially leading to differences in insurance coverage levels across the country for those in lower socioeconomic groups, which have been shown to experience a higher rate of cardiovascular-related and other chronic illnesses.


Led by a physician from Rutgers Robert Wood Johnson Medical School, the study looked at the differences in the rate of hospitalizations for significant cardiovascular-related events of uninsured individuals before and after the implementation of the ACA.

"The expansion of Medicaid health coverage due to the Affordable Care Act appears to have been associated with an immediate reduction in the percentage of individuals hospitalized without insurance," said Ehimare Akhabue, MD, a cardiologist and assistant professor of medicine at Robert Wood Johnson Medical School, who conducted the study while on faculty at Northwestern University Feinberg School of Medicine in Chicago.

"The data suggest that states that expanded eligibility had a marked decrease in the rates of uninsured hospitalizations compared with states that did not, during the first full year of the ACA implementation."

The researchers analyzed a large sample of data from the Healthcare Cost and Utilization Project State Databases, which is publicly available, de-identified data from the Agency for Healthcare Research and Quality.

The study included hospitalizations not covered by Medicare for three major cardiovascular events: heart attack, stroke and heart failure, from 2009, the year prior to the ACA becoming law, through 2014, the first full year following implementation of the ACA.

After removing states from the study with incomplete data, the research team examined information from 30 states in total-17 of which expanded Medicaid eligibility in 2014 and 13 of which did not-constituting nearly three-quarters of the U.S. population and more than 3 million hospitalizations during that time period.

The study is believed to be one of the first to analyze the association between state-level policy regarding Medicaid expansion and changes in uninsured hospitalizations for major cardiovascular events, although prior studies concluded that states which expanded coverage through Medicaid as a result of the ACA had, in general, seen fewer hospitalizations of individuals without insurance.

The team also looked at in-hospital deaths of uninsured individuals as a result of cardiovascular events and found no significant change following Medicaid expansion.

Although the team did not examine the economic outcomes of a decrease in uninsured hospitalizations in states that expanded Medicaid, it is believed that their findings could potentially have important cost implications for patients, hospitals and policymakers.

The study emphasized that many other factors could affect the economic impact of Medicaid expansion, but given that cardiovascular disease is one of the leading public health concerns and a prominent source of medical expenditures it was important to document the potential associations with state and federal policy.

Universal Health Coverage and Accurate Diagnostics Crucial for Asthma Control
Asthma affects people of all ages, but it most often starts during childhood. Globally, one in 20 people suffers from asthma. Proper treatment and care can improve the quality of life.
READ MORE

Options for Late Health Coverage
People who could not enroll on the Cover Oregon exchange are scrambling to get covered privately as a stop gap arrangement.
READ MORE

Universal Health Coverage for US Military Veterans Within Reach, but Not Fully Used
Over a million US military veterans were uninsured in the year 2012, reveal new estimates published in The Lancet.
READ MORE

Researchers Say 89 Million People Medically Uninsured During 2004 to 2007
Eight-nine million in US faced gap in health coverage during the period from 2004 to 2007, say Penn State and Harvard University researchers.
READ MORE