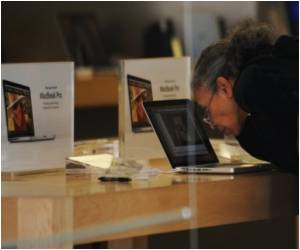 This is according to a study published in Cancer Epidemiology, Biomarkers & Prevention, a journal of the American Association for Cancer Research.

A large, population-based, cohort study of older adults in England, called the English Longitudinal Study of Aging, collected data from men and women aged 50 or older, and found that men and women who were consistent internet users were twice as likely to participate in colorectal screening than nonusers. Both men and women who used the internet consistently were also 50 percent more likely to take part in regular physical activity, 24 percent more likely to eat at least five servings of fruits and vegetables daily, and 44 percent less likely to be current smokers. There was, however, no association between internet use and participation in breast cancer screening among women.


"We accounted for sociodemographic factors that influence internet use and various measures of physical capabilities and cognitive function that decline with age, and still found an association between internet use and cancer-preventive behaviors," said Christian von Wagner, Ph.D., senior lecturer in behavioral research in early diagnosis of cancer at the University College London, United Kingdom. "The interesting aspect here is a dose-response relationship between internet use and cancer preventive-behaviors: Intermittent users were more likely to have cancer-preventive behaviors than never-users, and consistent users were more likely to have cancer-preventive behaviors than intermittent users."
Advertisement
Von Wagner and colleagues, however, identified a "digital divide." Internet use was higher in younger, male, white, wealthier, and more educated participants and lower in older, less wealthy, and nonwhite individuals with physical disabilities. "It is important that policymakers recognize the role internet use plays in influencing inequalities in cancer outcomes, and help increase access to the internet among this demographic," he said.

The researchers used data from 5,943 respondents who answered questions collected in wave one in 2002, and were followed up with questions every two years in waves two to five, until 2011. Questions included internet/email use, self-reported colorectal and breast cancer screening, physical activity, eating habits, physical and cognitive abilities, and demographics.

Source: Eurekalert
Advertisement
<< EU Lawmakers Move to Tighten Controls After a Worldwide Imp...
Beware of What You Do as Your Children are Likely to Copy Y... >>

Internet may Turn Hypochondriacs into 'Cyberchondriacs'
A new study suggests that for people who search the internet to find out what ailments you could be ...