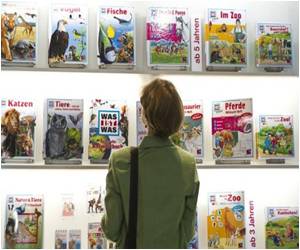 In Germany, organisers of the world's biggest book fair warned against the domination of Internet giants as the publishing world grapples to blend old and new forms of reading.

Juergen Boos, director of the Frankfurt Book Fair, urged the need to maintain diversity in what people read and publish, adding that Amazon, Apple and Google were "logistics magicians but are not publishers".

"There's no passion there," he told reporters, ahead of the fair's official inauguration later Tuesday before it opens its doors Wednesday.

He said companies such as Apple and Amazon were "machines for customer retention".

But he stressed that international publishing was not "paralysed with fear" and was fighting back with innovations, while smaller, independent book shops are also developing new ways to entice customers.

Asked about a bill approved by French lawmakers last week to prevent Amazon from offering free deliveries of discounted books, Boos said: "We look at France actually in many matters as an example."

He said he did not know whether going as far as making new laws was the answer but that France's support for its independent book trade through tax relief, for example, showed an "esteem" for a branch that is part of the country's culture and not just commercial.

"I think there we can actually learn from France."

Despite the pressure from the US giants, publishers were upbeat about the industry's future as it adapts to embrace the digital age.

"The much heralded digital revolution is no longer on the way, it has arrived," Stephen Smith, chief executive of US-based Wiley publishing company, told reporters.

"It's here, and it is now, and it is causing publishing leaders around the world to radically re-think what they do," he said, adding there were "plenty of reasons" for optimism and confidence for the future.

Authors, publishers, agents and translators from around the world will gather from Wednesday in the western German city for the five-day fair, with Brazil as guest of honour.

Gottfried Honnefelder, president of the German Publishers and Booksellers Association, said sales from book stores, e-commerce and department stores grew this year by 0.8 percent until end-September, compared to the previous year.

Taking book store sales alone, the growth was 0.9 percent, he said, adding that although the figures were small, it showed a "trend" with book stores projecting a "new self-confidence" in Germany.

Source: AFP
Advertisement
<< Our DNA may Reveal If We Will Have Marital Satisfaction or ...
Baby DJ School: the Newest Craze Among New York Parents >>

At 2013 Frankfurt Book Fair Brazil Set for Limelight
Organizers said that Brazilian literature and arts will this year come under the spotlight at the .....

Frankfurt Book Fair Discusses Challenges of Storytelling in Digital Age
Authors once just had to deal with a publisher but are now being forced to embrace the digital age ....