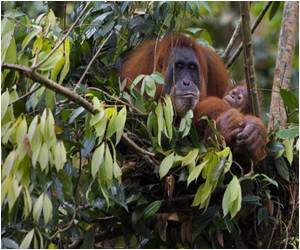 Researchers has revealed that millions of years ago, rain as acidic as undiluted lemon juice may have contributed to massive die-offs on land.

About 252 million years ago, the end of the Permian period brought about a worldwide collapse known as the Great Dying, during which a vast majority of species went extinct. It is the most severe mass extinction in Earth's history.

The cause of such a massive extinction is a matter of scientific debate, centring on several potential causes, including an asteroid collision, similar to what likely killed off the dinosaurs 186 million years later; a gradual, global loss of oxygen in the oceans; and a cascade of environmental events triggered by massive volcanic eruptions in a region known today as the Siberian Traps.


Now scientists at Massachusetts Institute of Technology and elsewhere have simulated this last possibility, creating global climate models of scenarios in which repeated bursts of volcanism spew gases, including sulfur, into the atmosphere.
Advertisement
From their simulations, they found that sulfur emissions were significant enough to create widespread acid rain throughout the Northern Hemisphere, with pH levels reaching 2- as acidic as undiluted lemon juice. They say such acidity may have been sufficient to disfigure plants and stunt their growth, contributing to their ultimate extinction.

The results showed that both carbon dioxide and volcanic sulfur could have significantly affected the acidity of rain at the end of the Permian. Levels of carbon dioxide and other greenhouse gases may have risen rapidly at the time, in part because of Siberian volcanism.

The study is published in journal Geology.

Journalism on the Verge of Extinction?
NGo Reporters Without Borders explain that jorunalist's lives may be in danger and they are often .....

Scientists Discover Gene Critical to Process of 'Memory Extinction'
A gene that is critical to the process of memory extinction has been discovered by scientists....