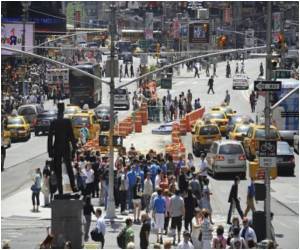 An advocacy group said America's Chinatowns risk extinction as new immigrants are priced out of city centers, after being faced with a proliferation of luxury housing and chain stores.

A study found that foreign-born residents have become a minority in the Chinatowns of New York, Boston and Philadelphia. The number of white residents has grown in all three neighborhoods since 1990 even as the white populations in all the cities as a whole declined.

"For many Asian Americans, Chinatown is an essential part of our heritage and history. But Chinatowns on the East Coast are on the verge of disappearing," said the report by the Asian American Legal Defense and Education Fund.


City planners have contributed to Asian flight by encouraging high-end accommodation and outside retailers who have helped make the neighborhoods trendy, the study said.
Advertisement
The report did not assess the large Chinese American communities on the West Coast, although they have witnessed broadly similar trends with a Wal-Mart controversially opening last month in Chinatown in Los Angeles.

Gentrification is a highly controversial force in many large cities of the United States, with advocates pointing to benefits that include expanding tax bases, increasing convenience for wealthier residents and, in some cases, reducing crime.

Throughout US history, immigrant groups have gradually dispersed from concentrated neighborhoods. Some of the Greektowns and Little Italys that once dotted US cities are now barely distinguishable from surrounding areas.

But the Asian American Legal Defense and Education Fund argued that Chinatowns, which date from the mid-19th century, hold historical and cultural significance worthy of preservation and offered unique benefits to immigrants in terms of housing, food and employment.

"There is still a very real need for the neighborhoods in terms of the resources and the networks that they offer both for new and older Asian immigrants," said Bethany Li, a staff attorney at the fund and an author of the report.

Li said that historic Chinatowns remained a magnet for new immigrants to learn about job opportunities, even if they eventually live elsewhere.

"The need is still there. The difference is that they can't live there," she said.

Li voiced fears that development decisions would lead more of the country's Chinatowns to resemble the one in Washington, where little low-income housing has survived since the opening in 1997 of the basketball and hockey arena now known as the Verizon Center.

In St. Louis, the historic Chinatown was destroyed entirely in 1966 to make way for since-demolished Busch Memorial Stadium, home of the decorated Cardinals baseball team.

In one trend that bodes ill for Chinatowns, the study found a sharp decrease of homes that include several generations, a traditional family structure in the community.

In Boston's Chinatown, nearly one-quarter of residents live in non-family group homes as opposed to five percent in 1990, indicating a sharp rise in the number of students or fresh-from-university professionals.

In one difference among the cities in the survey, the vast majority of restaurants in Philadelphia's Chinatown still served Asian cuisine, while only a slight majority in Boston and less than half in New York did likewise.

"The main way in which the year-by-year disappearance of these neighborhoods can be reversed is by building housing for low-income residents and immigrants, which these neighborhoods have supported for generations before high-end developers arrived to reap the benefits," it said.