A Mobile Clinic Will Take Health Care to the Needy 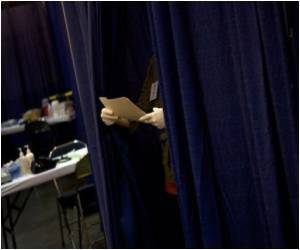 Home Sweet Home Ministries - provides shelter and meals for the homeless and is a primary care provider for low income people without health insurance. They are now in collaboration to use a medical truck to move the clinic to areas of Bloomington where people live without medical facilities.

Angie McLaughlin, Matt Burgess and Matt Drat used a 16 year old, 40 foot truck, which has a small reception area and 2 small exam rooms with a restroom. "Our vision is to take health care to areas of town where the medically under-served reside," said McLaughlin, executive director of the Community Health Care Clinic. "We want to expand our services to reduce unnecessary ER (emergency room) visits and hospitalizations." "Expanding access to medical care to low-income people in the county is critical," Burgess said. When low-income, working people miss work because they're sick  or lose their jobs because of extended illness  that affects not only them and their families but their co-workers and customers, Burgess said.

"This is all about prevention ... and can be nothing but good for our community," Burgess said "The traditional model was that people in poverty, the homeless, came to us and we served them," Burgess said. The new model is taking services to the people, but having them accept more responsibilities. "We're trying to be more responsive to what's going on outside our four walls because we don't want to wait until a crisis happens to respond," said Drat. Examples include a new jobs program and shifting from a food pantry to a food co-op where everyone has responsibilities. "We're trying to re-instill dignity in people who are homeless and re-engage them in the community," Burgess said.


The clinic wants to improve its community outreach by partnering with more agencies. "There's so much we can do outside the clinic walls by providing care where people are," she said. Burgess reached out to agency directors, including McLaughlin, to brainstorm on ideas for the vehicle. They concluded a mobile medical clinic would be the best use.
Advertisement
"Transportation is a key barrier to service," noted Burgess. "We want to go where our patients are and we want to reach future patients who haven't yet found us," McLaughlin said. On Mondays the day when the mobile clinic is offered, McLaughlin will assign an administrative staff member, volunteer nurse and a nurse practitioner to the mobile clinic. Patients will be registered into the clinic's electronic medical record. "We expect to treat patients with tooth abscesses, skin conditions and untreated chronic diseases such as diabetes, high blood pressure, asthma and allergies," McLaughlin said.

The community clinic hopes to get medical supplies from a Chicago-area clinic that's closing and expenses include repairs to the truck. That along with gas and insurance mean start-up expenses will be $20,000 said Drat. "We want to spread health and hope in the community," he said.

Source: Medindia
Advertisement
<< Study Says Fasting 10-12 Hours Can Help Prevent Diabetes
A Smart Cup That Guides You On What To Drink >>