Conventionally, diabetes has been categorized into two sub-types - type 1 and type 2 diabetes. Now, scientists have identified at least 20 types of diabetes. The diagnosis of each type is based on certain tests that will help the diabetologist to diagnose the condition more accurately and accordingly take treatment decisions. A patient diagnosed with diabetes may not respond better to the same treatment given to another diabetic patient. For example, patients with type 1 diabetes may need insulin injections for life, while patients with type 2 diabetes respond better to medications than insulin.

Maturity Onset Diabetes of Youth (MODY) is a newly identified form of diabetes that occurs due to the defect in a single gene. So far, scientists have identified six variants of MODY, including three PDX1 variants P33T, E224K, P242L, HNF4A V169I, BLK A71T and NEUROD1 H241Q, previously reported to be linked to MODY.

Monogenic Forms of Diabetes
The most common types of diabetes, Type 1 and Type 2 are polygenic meaning developing from multiple genes.
Advertisement
‘The principles of Precision Diabetes can be used to determine the type of diabetes like the type of monogenic diabetes called Maturity-Onset Diabetes of Youth (MODY) and then decide the type of treatment that the patient is likely to respond to.’

Some forms of diabetes are treatable. Very often children with a lean body mass with elevated blood sugars are often misdiagnosed to have type 1 diabetes and treated with insulin. Some types of MODY like MODY 1, MODY 3, MODY 11 and MODY 12 respond better to sulphonylurea which is an inexpensive drug that works well on these patients.

Diabetes
A comprehensive article on diabetes - both Type 1 and Type 2 diabetes, including : causes, signs, symptoms, diagnosis, treatment, facts and a glossary on diabetes.
Advertisement 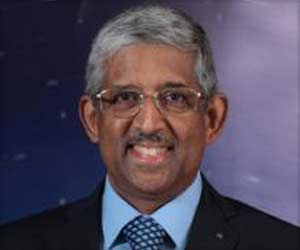 Q: What is the prevalence of patients diagnosed with MODY in India?

Ans: Approximately about 1% - 2% of all patients with diabetes probably have MODY. However, as genetic testing needs to be done to diagnose MODY and large-scale epidemiological studies are extremely difficult to do, the exact prevalence of MODY remains unknown. However, if we narrow down the clinical phenotype to those who have diabetes in three or more generations in the family and follow the other clinical criteria for MODY, then out of every 100 patients in whom we do genetic testing for MODY, about 25 - 30% are found to have MODY. There are about 14 known forms of MODY, of which MODY 1 and 3 are the most common types. In India, MODY 3 is the most common, but we know that the prevalence of MODY 3 is higher among the Western population.

Q: What are the genetic tests to diagnose MODY?

Ans: There is a panel of genetic tests to diagnose the different forms of MODY. If clinically suspected, the test should be done as soon as the diagnosis of diabetes is made, so that the proper treatment can be administered from the very beginning. For testing MODY, we use a genetic chip called the Next Generation Sequencing (NGS), which helps us to screen the entire genetic mutation. In our recent breakthrough research, we discovered a new gene mutation called NKX6-1, which is MODY 15 that occurs due to the mutation in chromosome 17. In patients with MODY, NKX6-1 were functionally impaired. NGS can determine the type of MODY, which helps us determine the type of treatment the patient is likely to respond to.

Q: If a person has a strong family history of diabetes, at what age should he/she take the genetic test for MODY?

Ans: We do not recommend a genetic test for MODY before being diagnosed with diabetes. MODY is more common among individuals before the age of 25 years. Thus, an individual with a strong family history of diabetes may have to take a blood sugar test at the age of 15. If the test is positive, he/she can go for a genetic test to diagnose the type of MODY. A family might go through a lot of mental trauma, if they were informed that their child might develop MODY. Thus, it is highly recommended that the genetic test to be taken only if the individual is diabetic.

Q: Can technologies like CRISPR be of any help in treating these genetic conditions?

Ans: CRISPR technology can be used to edit the gene mutations in the human genome thus helping in correcting and treating these disease conditions. But, before that, one needs to find the mutation and prove that the particular mutation is causing the disease. Then it can be edited using CRISPR. These techniques are not yet applied in the case of MODY and it may not be useful.

Calculate Ideal Weight for Infants Color Blindness Calculator Drug Interaction Checker Find a Hospital Noscaphene (Noscapine) Hearing Loss Calculator Post-Nasal Drip How to Reduce School Bag Weight - Simple Tips Find a Doctor Pregnancy Confirmation Calculator
This site uses cookies to deliver our services. By using our site, you acknowledge that you have read and understand our Cookie Policy, Privacy Policy, and our Terms of Use