60% of Burn Victims in India are Women, 80% of Them are Hindus: Jammu Study

The World Health Organization statistics reveal that every year 11 million people suffer burn injuries requiring medical attention, and that South-East Asia has become the burn capital of the world. From figures based on data extrapolated from major hospitals across the country, it is estimated that India has an annual burn incidence of 6-7 million, which is the second largest group of injuries after road accidents.

The surgery department of the government medical college in Jammu conducted a study to identify and analyze the demographic and socio-cultural aspects of burn patients and the various etiological factors causing burns in the Jammu province. They found that women constitute 60% of those with burn injuries and among the total burn injuries suffered, 80% of the victims were Hindus.


The study said, "70% of the burn victims are in the most productive age group of 15-40 years and most of the patients belong to the poor socio-economic strata. Nearly 1-1.5 lakh people become crippled and require multiple surgical procedures, and prolonged rehabilitation. 50% of those hospitalized succumb to their injuries. In the entire duration the distribution of burns according to gender remained almost constant with a clear female predominance. In terms of ethnicity, a clear majority of Hindu patients was observed throughout the years. The incidence in Hindus was found to be 81%."


Mahesh Mangal, chairperson of the department of plastic surgery at the Delhi-based Gangaram hospital said, "Most burn victims we find are females and the reasons behind it are the highly inflammable dresses they wear, unsafe conditions in the kitchen and most importantly dowry-related misbehavior meted out to daughters-in-law."

The study titled, 'Burns in Jammu: Retrospective analysis from a regional center', will be published in Current Medicine Research and Practice. 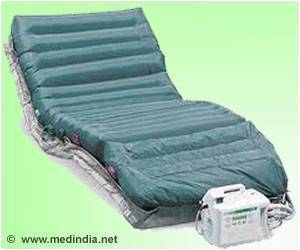 Intervention Required for Survivors of Childhood Burns: Study
New research at the University of Adelaide suggests that adults who have been hospitalized for a burn as a child experience higher than usual rates of depression and suicidal thoughts.
READ MORE

Nanoparticles Used to Speed Up the Wound Healing Process
Nanoparticles are now used to speed up the wound-healing process by inhibiting cells which travel towards the injured site.
READ MORE