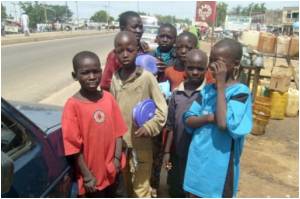 Sporting a threadbare coat, "Grandpa" Dobri, the 100-year-old beggar is already celebrated as a saint in Bulgaria- a symbol of goodness in the country where poverty and corruption is prevalent.

For over 20 years, Dobri Dobrev has been begging on the streets of Sofia, collecting alms worth tens of thousands of euros. And he has given it all to the Bulgarian Orthodox Church.

This has made him the largest private donor of the golden-domed Alexander Nevski cathedral even as he maintains an ascetic lifestyle.


"Take some bread, it comes from God!" the hunched old man mutters under his straggly white beard, offering believers the buns that other people give him as they drop coins into his plastic cup and bend to kiss his hand.
Advertisement
"He gave us 35,700 leva (18,250 euros, $24,900) in 2009, while living a life deprived of all comfort," Bishop Tikhon, chairman of the cathedral?s trustees board, told AFP.

"Dobri is an extremely rare phenomenon."

Several smaller monasteries and churches also say they have received between 2,500 and 10,000 euros each from the small man wearing peasant leather sandals.

These sums are considerable in Bulgaria, which remains the European Union's poorest member seven years after joining the bloc and where the average monthly salary is about 420 euros.

Dobri is a comforting figure to Bulgarians amid pervasive corruption and deprivation, sociologists say.

"While the media is full of scandalous reports on the luxurious lifestyle of certain Church dignitaries, Grandpa Dobri personifies moral values such as self-denial and generosity," said Theodora Karamelska, a sociology professor at Sofia's New Bulgarian University.

For Bulgarians he is like a saint "thanks to his romantic appearance and the richness of his soul," she added.

The background of this man, who refuses any interviews, is patchy. Born in the summer of 1914, he partially lost his hearing in one of the bombings of the Bulgarian capital during World War II.

"This made him pious in his own way," said Elena Genova, a distant relative, in their native village of Baylovo, 40 kilometers (25 miles) east of Sofia.

"He left his wife and their four children, including a new born baby, to take up different jobs around monasteries," she said.

"In the past 20 years, he has devoted himself to collecting alms."

She affectionately calls him "Grandpa" Dobri and often helps him count the money he has collected.

The old man lives in a small room basically furnished with a bed and a table next to the church in Baylovo, which was renovated with 10,000 leva donated by him. A neighbour or another helper gives him a ride when he needs to go to Sofia.

The media dubbed Dobri "The Living Saint from Baylovo", and his name -- which comes from the Bulgarian word for "good" -- has become a symbol for goodness in a country where religious faith has been on the rise since the fall of communism 25 years ago.

"My 10-year-old granddaughter won a literary competition on 'goodness' by writing about Dobri," said Ivanka, who sells candles in the Sofia cathedral.

"God gave him the gift of clairvoyance: he told one mother where to find her missing daughter," added Maria Zabova, who rings the bells at Alexander Nevski.

Graffiti artists recently painted a huge image of the white-haired man holding a candle on a 10-storey building in a Sofia neighbourhood.

An Internet site -- www.saintdobry.com -- and two pages on the social media Facebook created by his fans praise his "goodness, honesty, purity, generosity and holiness."

Certain admirers have already suggested that Dobri's saintliness should eventually become official with a canonisation.

Amsterdam Gears Up for Arrival of Saint Nicholas and Black Pete
Despite objections that 'Black Pete' is a racist symbol, Amsterdam is gearing up for the ......