­­Chickenpox is primarily a childhood disease, though it can inflict adults as well.

People develop rash or spots like inflamed pimples initially on the face and trunk region, which then turn into blisters of varying sizes all over the body. Typically, about 250 to 500 itchy blisters are seen throughout the body. Runny nose and cough may also accompany this illness.

In countries such as USA, immunization against chickenpox is done on a routine basis. Due to this chickenpox vaccination, many kids don't get chickenpox at all. Some kids do get it even after the vaccination regimen, but fortunately in their cases it is less severe and they get better quicker.

Chickenpox is caused by the varicella zoster virus. It is an air borne disease.

You can get chickenpox at any age, but most cases occur before 14 years of age. Someone who has had the disease once is usually immune for rest of his life, although they can still get shingles, which is a painful skin rash caused when the varicellavirus becomes active again later in life.

It is a very contagious (communicable) disease. It is estimated that about 90 percent of the people who have previously not been infected by this disease, would contract it when they come into contact with the virus or with someone who is infected.

How does Chickenpox Spread?

The blisters formed throughout the body of an infected person are quite itchy and thus break open easily, leading to contamination of other objects. If you happen to touch such a surface or object, the virus is easily transferred to you.

Being an airborne disease, it spreads easily and rapidly through sneezing and coughing. Thus, the varicella zoster virus can also be transferred when the infected person sneezes causing tiny droplets, which are loaded with the virus to come out.

Once you have contracted the virus, it normally takes about two weeks to exhibit the symptoms of the disease, however this so called incubation period can vary anywhere from 7 to 21 days.

A person with the disease is considered to be most infectious about one to two days before the first appearance of rash and typically lasts till all the blisters have crusted over.

About one to two days before your body breaks out into rashes completely, you can experience flu-like symptoms:

Within a day or two after the flu-like symptoms, rashes start appearing. Spots usually appear in crops. They eventually develop into small tear-drop shaped blisters and are quite itchy. These blisters may start appearing in any one of the following areas:

The blisters come in certain patterns and it is seen that new crops develop as old ones burst. New blisters usually stop forming within about 5 days and by the sixth day, most blisters dry up or crust over. It takes roughly about two weeks for all the scabs to disappear.

To summarize, the chickenpox rash may exhibit three distinct phases:

The infected person is generally contagious until all spots crust over. People could have different levels of illness like some kids could feel quite unwell for a few days whereas others only have mild symptoms. Some people may take a few weeks, whereas others feel much better within a week. The blisters eventually dry up, scab and fade out, but may take up to two to three weeks to go completely.

In adults and in babies with weakened immune systems, this disease tends to be more severe with longer-lasting symptoms. Extreme care should be taken of these patients since they are at higher risks of developing major complications such as encephalitis (inflammation of the brain) as well as pneumonia.

If you suspect that you or your child could be suffering from chickenpox, you should see your health care professional immediately. You should be alert and notify your doctor quickly if any of the following complications happens:

It is also called as "flesh-eating disease"; it is extremely rare. It can occur as a complication of infection entering through the chickenpox lesions.

Many different types of bacteria can cause this infection, however a very severe form of necrotizing soft tissue infection is due to streptococcus pyogenes. It occurs when the bacteria enter the body, usually through lesions. The bacteria then begin to grow and release toxins which kill tissue and affect the flow of blood to that area. Thereafter the bacteria enter the blood and rapidly spread throughout the body.

A person infected with varicella-zoster virus causing chicken pox actually carries the dormant viruses in the roots of their nerve cells even after being completely cured of the disease. These could reappear years later as shingles, which is a painful skin rash that affects a particular area of skin.

Do's and Donts of Chicken Pox

Do not forget to disinfect the pillow covers, bed sheets, mattress, etc., used by the patient. This is important to avoid the further spread of the virus.

1) Why should my child receive the varicella vaccine?

Chickenpox is a common childhood disease. It is not true that once you are immunized, you do not get the disease. In fact in an immunized person, the illness will be much milder than in a non-immunized person. Some complications of chicken pox include pneumonia, cellulitis, encephalitis and necrotizing fasciitis. Varicella vaccine protects children throughout childhood and even as adults, when they are more likely to die from chickenpox and its complications.

2) How long is a person with chickenpox contagious?

Patients with chickenpox are generally known to be contagious for 1 to 2 days before the rash appears and continue to be so through the first 4 to 5 days or until all the blisters are crusted over.

3) How can I find out if I had chicken pox as a child?

Your parents would be the best people to know if you had chicken pox ins your childhood. Your family doctor could also have the information in his records. If none of these work out, then your doctor could carry out a blood test to see if you have immunity to chickenpox.

4) Is there a treatment for chickenpox?

Most cases of chickenpox in otherwise healthy children are treated with bed rest, rehydration fluids. Acyclovir is an antiviral drug that is commonly prescribed for chicken pox. Acetaminophen (Paracetamol) is the drug of choice for controlling/treating fever. A word of caution: children with chickenpox should not be given aspirin because of possible subsequent risk of a dangerous condition called Reye's syndrome.

This Topic help me to become Awareness on Chickenpox. 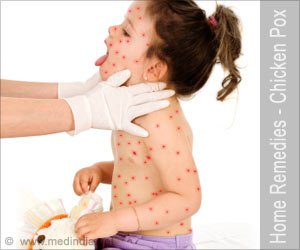 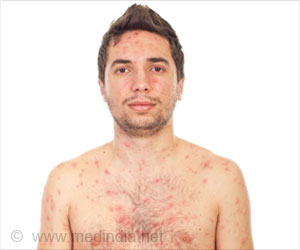 Test Your Knowledge on Chickenpox
Chickenpox is one of the common infectious diseases in our country which spreads through the tiny droplets of saliva and nasal mucus in the sneezes and coughs of an infected person. However, there are many doubts that we still have about the ...
READ MORE
Sign up for Wellness Consult a Doctor Sign up for Selfcare