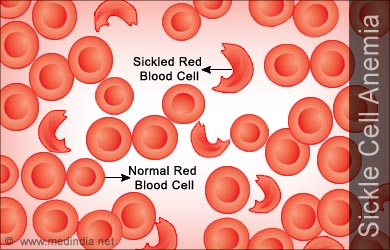 The geographical distribution of the SCA gene directly co-relates with malaria-prone areas throughout the world. Sickle cell anemia is very common in people who have their origins in Africa, South or Central America (especially Panama), Caribbean islands, Mediterranean countries (such as Turkey, Greece, and Italy), India, and Saudi Arabia. It is estimated that in the United States, SCA affects 70,000100,000 African Americans with the disease affecting 1 out of every 500 African American births. SCA also affects 1 out of every 36,000 Hispanic Americans at birth.

Normal RBCs are disc or concave shaped and closely resemble doughnuts minus the holes. Any change in its shape can cause problem with the blood flow dynamics.

In those with SCA, the hemoglobin sticks together and appears fiber-like, causing the RBCs to stiffen and become C-shaped, like a sickle in the presence of low oxygen levels. These sickled RBCs are extremely fragile and therefore rupture easily (medically called hemolysis) leading to low red blood cell (RBC) count and anemia symptoms. Besides, the sickle- celled RBC has a life span of only 10-20 days, in contrast to normal RBCs that have a lifespan of 110-120 days. The stiff, sickled RBCs clump together and tend to stick to the wall of the blood vessels. They are circulated with difficulty and can even cause blockage of blood vessels leading to infection, tissue and organ damage along with a great deal of pain.

Patients with sickle cell anemia may feel tired or weak. In addition, they might have shortness of breath, dizziness, headaches, or coldness in the hands and feet.

Early diagnosis through screening of newborns is necessary for effective management of sickle cell anemia.

It is not possible to cure sickle cell anemia. Hence, treatment is almost always focused on relieving the disease symptoms and preventing complications. Newer methods of treatment and better medications have made it possible for people with SCA to live up to their fourth decade and beyond. Researchers are further investigating new treatment options such as blood and marrow stem cell transplants, gene therapy and new medicines. 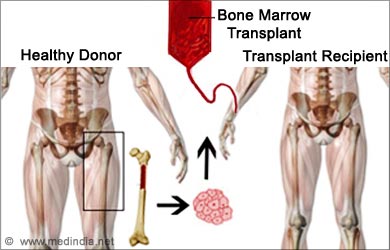 Dr Asenso and Health Talk Ltd in Kumasi Ghana has waged a war on Sickle Cell Disease and Malaria in their wellness center which is yielding tremendous results. The natural programs that we have at Health Talk Ltd complete cure these killer diseases.

but how to save of patient why i am asking you my doctor name of sai srika age of 10 months she blood report is sickle cell 67.7%

Priapism
Priapism is persistent painful erection that lasts for more than four hours and is unrelated to sexual stimulation.

Amniocentesis - Animation
Amniocentesis is a procedure done after 15th week of pregnancy to obtain samples of the amniotic fluid to test for genetic disorders. A simple animation depicting the procedure.

Thalassemia
Thalassemia is an inherited blood disorder passed on through parental genes causing the body to produce abnormal hemoglobin.

Malaria
Malaria is caused by a parasite that enters blood through the bite of an infected mosquito. It is characterized by fever, vomiting, shivering, sweating and other symptoms.

Dyslexia
Dyslexia is a reading disability that occurs when the brain does not properly recognize and process certain symbols.

Cystic Fibrosis
Cystic fibrosis (CF) is an inherited or genetic disease involving the secretary glands, such as the mucus and sweat glands.

Quiz on Anemia
Anemia is one of the most common problems faced by individuals all over the world. Severe anemia can cause extreme fatigue. This quiz will help you check if your knowledge on anemia is up-to-date. ...