Dystonia means continuous unintentional muscle contractions that a person may experience due to his neurological condition.If it occurs regularly, medications can help control it.

Dystonia is a condition in which the muscles begin to contract involuntarily. This causes uncontrollable and repetitive movements that result in abnormal postures in the affected body part. The condition may affect just a single muscle or it could affect a muscle group or the entire body. The symptoms may vary in severity and can be painful at times and there may also be other symptoms like tremors and other neurologic features. Dystonia symptoms can range from mildly debilitating to severe, interfering with ones ability to perform even mundane everyday tasks.

Although dystonia can affect almost anyone it is more common in women and affects around 1% of the population. Treatment can help to control the symptoms and restore quality of life but the condition itself is not curable.

Dystonia can be broadly categorized into five distinct types based on the muscle or group of muscles affected. Dystonias are further sub-divided or classified according to their symptoms and causes as different syndromes as well. The five types of dystonia include:

When examining the causes of dystonia it again becomes necessary to classify the condition into two categories.

Primary Dystonia is believed to be caused due to damage to the basal ganglia, which is a part of the brain. The basal ganglia are a cluster of brain cells that are responsible for muscle control and response. In this context, the term primary simply refers to cases of dystonia in which it is the only neurological disorder that is present. Primary dystonias include genetic forms, most of which are inherited. In some forms of dystonia, the cause remains unidentified. Focal dystonias often fall into this category.

Secondary Dystonia includes dystonias that are caused by external factors and in which there is a specific underlying cause. Some of these causes include:

You will most likely notice the following symptoms:

Dystonia causes symptoms that are specific depending on the region affected:

To arrive at an accurate diagnosis your doctor will need your help as you need to provide detailed information on the symptoms you experience, your medical history, family history of dystonia if any, past injuries you may have suffered if they involved head trauma or any past or ongoing exposure to certain toxins or drugs.

Some of the tests that may be used to confirm the diagnosis or identify the underlying cause include: 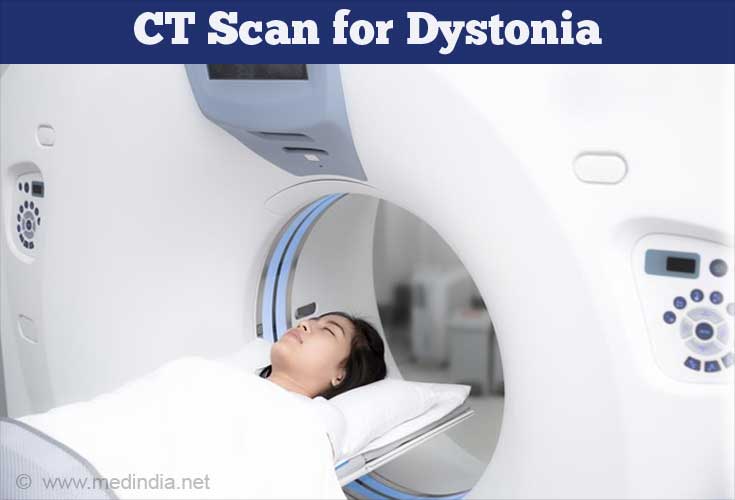 Treating dystonia can be rather complex as it usually consists of a combination of therapies. In addition to such treatment however, complimentary therapies and recuperative therapies are also helpful. For treatment to be effective, the treatment plan should address all aspects of the patients wellbeing not just physical treatment with medications and surgery. The emotional wellbeing of the patient is just as important and this is where counseling and support groups come in to play.

Although there are no medications that cure the condition or slow its progression, treatment can provide relief from some of the symptoms. Treatment plans are therefore formulated based on the specific case being dealt with.

Botulinum toxin  Botulinum or botox injections are quite effective in the treatment of focal dystonias. The chemical is injected into the affected muscle to relax it and prevent muscle contractions. This offers temporary respite from the symptoms. The toxin works by blocking the release of acetylcholine, a neurotransmitter that causes muscle contraction. The injections take effect after a couple of days and will only wear off after several months. At this point the treatment needs to be repeated.

Oral Medications  There are number of medications belonging to different drug classes that are approved by the FDA for the treatment of other conditions. Although they are not specifically approved for dystonia treatment they can help as they affect different neurotransmitters. Responsiveness to treatment can vary greatly among different individuals and will also depend on other factors. Such medications could include:

Deep Brain Stimulation (DBS)  It is usually used in the treatment of patients when medications are not adequate in providing relief from symptoms or because of extreme side effects from medications. This is a surgical procedure in which small electrodes are implanted to generate electrical impulses via a pulse generator to regions of the brain that control movement. This is used to send controlled amounts of electricity to precisely that part of the brain responsible for the generation of dystonic symptoms, thereby disrupting and blocking the signals that normally cause the symptoms.

Surgery  In some cases surgeries may be performed to disrupt the pathways that are responsible for generating signals that cause the dystonia. There are different types of surgeries used depending on the particular situation and what would work best for the patient. Some methods involve intentional and very precise damage to small regions of the thalamus, globus pallidus or other parts of the brain. Others involve severing or even removal of nerves at certain points. Many of these measures are found to be extremely effective, with patients reporting significant improvement in symptoms following the procedure.

Physical therapy  Physical therapy and allied disciplines are often used in addition to therapeutic treatment. This helps with rehabilitation and in addition physiotherapy could also include the use of splints and stress management techniques When dealing with spasmodic dysphonia, speech or voice therapy can also be very helpful.

Complication and Risks of Dystonia

Dystonia presents a definite risk of complications and it does affect quality of life, but the extent to which it affects life will depend on the type of dystonia and its severity. Some of the risks include:

Latest Publications and Research on Dystonia

New Protein in the Neurological Disorder Dystonia Discovered
Kansas State University researchers have identified a novel protein linked to dystonia, a neurological disorder that affects nearly half a million Americans.

Existance of Neurological Diseases Spotted by Brainwave Markers
COGNISION system can be used to detect brainwave markers that point to the existence of certain neurological diseases.