Antibiotics - Use and Abuse

Written by Dr. Simi Paknikar, MD
Medically Reviewed by The Medindia Medical Review Team  on May 14, 2018

Antibiotics are among the most used and abused medications.

Antibiotics are medications directed against bacterial infection. These are drugs that are life-savers, yet extensively abused. This abuse leads to ineffectiveness of the drugs due to development of resistance by the bacteria. Below are some questions and answers regarding antibiotics that will help you to understand this class of drugs better.

Point to note: Antibiotics are usually ineffective against organisms other than bacteria, like viruses or fungi. A common mistake is taking antibiotics for viral fever, against which they have no effect. This practice should be strongly discouraged.

How does a physician select an antibiotic?

There are a number of antibiotics available today. Each of these antibiotics acts against a set of bacteria  this is known as the spectrum of the antibiotic.

The doctor may prescribe an antibiotic based on the most likely bacterium that may cause the infection. In some cases, the physician asks for laboratory tests that identify the bacteria and detect which antibiotic will work best against them. These are referred to as culture and sensitivity tests. Sometimes, the doctor may not wish to wait for the result of the test, especially if the patient is seriously ill. In such cases, the doctor takes a sample for testing, and starts an antibiotic that would most likely be effective against the infection or one that covers a large number of bacteria. He may change the antibiotic once the organism is identified.

Why should an antibiotic be taken for a particular number of days?

It is often recommended that an antibiotic should be taken for a particular number of days, like 7 days, 14 days etc. Your doctor will advise you not to stop the medication even if you are feeling well. This is because all the organisms that cause the infection should be dealt with by the antibiotic. If even some bacteria survive the antibiotic, they are likely to develop resistance to the antibiotic later.

Resistance is the inability of an antibiotic to deal with a bacterium. Some bacteria are naturally resistant to an antibiotic; that is, the antibiotic does not have any effect against them. Others develop resistance following exposure to the antibiotic in low doses or over shorter durations than necessary.

Resistance can be prevented through the following steps-

What are the advantages of using a combination of antibiotics?

Which are the common situations where antibiotics are abused?

Antibiotics are sometimes used for the wrong reasons, and are often overused. Antibiotic abuse is a major problem today, resulting in resistance to the life-saving drugs. Common situations where antibiotics are abused are-

The development of a new antibiotic takes time, and there are very few new antibiotics in the pipeline. It is therefore important to use whatever antibiotics we already have very carefully and ensure that we keep resistance at bay.

Can antibiotics be safely used in children?

Can antibiotics be safely used in pregnancy?

Some antibiotics like penicillins, some cephalosporins and erythromycin have been found to be safe in pregnancy. Some are associated with serious side effects on the fetus. It is therefore necessary to consult your doctor before taking an antibiotic during pregnancy, or any other drug for that matter.

Point to note: Do not self-medicate with antibiotics, especially if you are pregnant.

Which are the common situations where an antibiotic turns out to be ineffective in controlling an infection?

1. Small Hospitals May Now Be Able To Prevent The Excessive Antibiotic Use

Latest Publications and Research on Antibiotics

Study Finds That Nearly a Third of Antibiotic Prescriptions for Dialysis Patients Inappropriate
Patients who receive hemodialysis are at a significant risk of developing infections. It is a leading cause of hospitalization and death in this patient population.
READ MORE 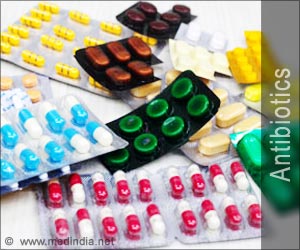 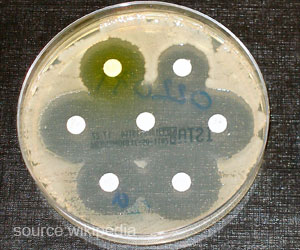