Aicardi-Goutieres Syndrome was first discovered by Jean Aicardi and Francoise Goutières in 1984 in 8 children. These children showed brain abnormalities or defects, such as abnormality in the white matter and calcification of the brain ganglia. The brain ganglia are located at the foot of the brain and are connected to the thalamus and the brain stem. The term Aicardi-Goutieres Syndrome was introduced in 1992 and is an extremely rare condition. In 2001, the number of identified cases were 50. This number increased with the discovery of mutations in genes connected with this syndrome. There are 6 main genes connected with this syndrome. There are other genes that have been identified with a lower frequency. The symptoms vary to a large extent in this syndrome. As a result, a larger number of cases of Aicardi-Goutieres Syndrome have been identified with time.

The Aicardi-Goutieres Syndrome is an inherited (autosomal recessive) condition, which means the disease is transmitted genetically. An autosomal recessive condition occurs when both copies of a gene or gene cluster are defective. If the fetus inherits defective gene copies from both parents, then disease ensues. Alternatively, the fetus can inherit a single defective gene from one parent and the remaining normal copy becomes damaged by environmental causes such as a viral infection or exposure to DNA damaging agents.

A recessive condition indicates that the disease can occur only if both the copies of a gene are defective. In a dominant form of inheritance only one defective gene copy can cause a disease. Autosomal disease indicates that the condition is passed from one generation to the next through one of the 23 chromosomes (autosomes) and not the sex chromsomes (X or Y).

The Aicardi-Goutieres Syndrome is observed in infants within 4 months of birth and results in physical and mentally challenged children. The syndrome affects the brain, skin and the immune (human bodys defence) system. The immune response for this condition is similar to the bodys response to a viral infection and hence, it is also known as mimic of congenital infection. When Aicardi-Goutieres Syndrome occurs at birth, the typical characteristics are neurological abnormalities, increased levels of liver proteins in the blood, enlarged liver and spleen (hepatosplenomegaly), and decreased levels of blood platelets (thrombocytopenia).

As mentioned earlier, the Aicardi-Goutieres Syndrome is a genetic condition that is inherited in an autosomal recessive manner. In very rare cases, Aicardi-Goutières syndrome is a dominantly inherited condition. The mutation may arise suddenly or sporadically.

The exact gene that causes Aicardi-Goutieres Syndrome is not clearly understood. The candidate genes that show mutations in this disorder are SAMHD1, RNASEH2A, RNASEH2B, RNASEH2C, and TREX1.

TREX1 is located on chromosome 3 and is also called AGS1. TREX1 encodes the protein DNase III that cuts single stranded DNA. RNaseH2A, RNaseH2B, RNaseH2C, encode enzymes that form a protein complex called RNAse2H and break down RNA. TREX1, RNaseH2A, RNaseH2B, and RNaseH2C are genes that encode for enzymes called nucleases. These enzymes are involved in breaking down DNA and RNA. When there are defects in the nucleases, there are excess DNA and RNA molecules that cause the body to think there are virus particles in the body. This triggers an immune reaction (the bodys defences) against the bodys own molecules. The effects of this reaction are the lesions observed on the skin and brain defects (encephalopathy). Mutations in ADAR6 are also known to be a cause of Aicardi-Goutieres Syndrome.

Genetic disorder due to ADAR mutation:

Genetic disorders due to TREX1 mutation:

In early-onset Aicardi-Goutieres Syndrome, the symptoms set in at approximately 4 months following birth. The pregnancy is normal and the infant shows no symptoms right at birth. The initial symptoms at this stage are presented below:

There are defects in brain development and this results in retardation of the growth of the head, impairment of fine motor skills, and in general, slowing of neurological development. These symptoms are elaborated below:

These symptoms persist for a few months and then stabilize or disappear. There is a halt in the progression of the disease.

In the late-onset phase of Aicardi-Goutieres Syndrome, these symptoms appear only after 1 or 2 years of age following normal physical and brain development. In 20% of the cases, these symptoms appear in newborn babies or neonates. In the womb, the typical features of enlarged liver and spleen (hepatosplenomegaly), elevated levels of liver enzymes in the blood, abnormal brain formation, a decrease in blood platelets (thrombocytopenia), and anemia can be detected.

Other affected areas are the skin, liver, eyes, hormone deficiencies, and the immune system. The symptoms are enlisted below:

There are certain characteristic features that can be used to specifically diagnose individuals with Aicardi-Goutieres Syndrome. They are as follows:

The CT scan aids in visualizing calcification in the brain. Cerebral atrophy, changes in white matter, leukocytosis, and other changes in the brain are detected with an MRI. Quantitative-PCR is used to detect the interferon signature. This is a very reliable test as it can detect the expression of interferon-stimulated genes in the blood. These genes are expressed even after the symptoms of Aicardi-Goutieres Syndrome have subsided. Neopterin concentrations in the CSF is a reliable source to confirm the diagnosis of Aicardi-Goutieres Syndrome.

Prenatal testing includes percutaneous umbilical blood sampling (PUBS), preimplantation genetic diagnosis, and genetic testing. In PUBS, the blood is tested from the fetus in the third trimester. In preimplantation genetic diagnosis, families who have some prior genetic information of the causative genes for Aicardi-Goutieres Syndrome, can avail of gene testing for the embryo.

There are few treatment options as this is a relatively new syndrome. Research is still unraveling the details of this syndrome. The symptoms are treated, however, there is no cure for the disease. Based on the current knowledge, the following treatments have been developed:

Patients with Aicardi-Goutieres Syndrome may benefit with RTI treatment since TREX1 and SAMHDI are nucleases that digest DNA. In the absence of these genes, there is a buildup of DNA that can be inhibited with reverse transcriptase inhibitors. These RTIs are used to treat patients with HIV and hence, their safety limits are clearly known.

Mycophenolate mofetil is used against reactive T cells. Such medications have side effects, however, their use is monitored and managed based on the degree of disease progression.

Other forms of treatment include the following:

Autoimmune Disease Initiated by Abnormal Regulation of Viral Sensors
The way in which abnormal regulation of the intracellular sensors that detect invading viruses can lead to autoimmune pathology has been elaborated in a new mouse model study.
READ MORE

Diseases Caused by Faulty Immune System Better Understood With Cell Study
The process in which a gene mutation can lead to diseases that occur when the immune system attacks the body by mistake, has been better understood by scientists.
READ MORE 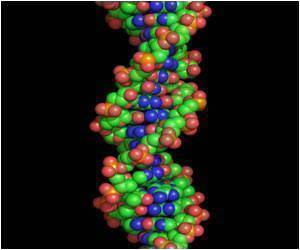