Hibiscus is a popular plant that has a long history of use in traditional remedies and folk medicine across the world. It belongs to a group of flowering plants called Malvaceae and actually includes hundreds of sub-species and variants, most of which are found in warm-temperate, subtropical and tropical regions.

The plants or shrubs of the species are known to have attractive looking flowers and all of these different variants are simply referred to as hibiscus or rose mallow. The species is quite diverse, not just in the variety of flowers, but also in growth patterns with some being annual and others perennial, and some comprising woody shrubs, while others are classified as the small trees.

Hibiscus isnt just used in the preparation of teas and beverages, however, but is also a popular culinary ingredient. Different parts of the plant are used to prepare jams, soups and sauces. Dried hibiscus is in fact considered a delicacy in parts of Mexico.

What are the Health Benefits of Hibiscus?

Hibiscus has a long history of use as a medicinal herb and it is believed to be effective in the treatment of various health conditions like appetite loss, common cold, upper respiratory tract pain and swelling, stomach irritation, and heart and nerve disorders among others.

Cure for Hypertension: Hibiscus tea has often been recommended as a cure for hypertension or high blood pressure, and this is one claim that has been validated by not one, but several studies. In some studies, it was clearly shown that the daily intake of hibiscus tea had a similar effect to medications for hypertension. One of these studies revealed that there was a marked improvement in hypertensive patients who were administered hibiscus tea as opposed to among those given a placebo.

Protection against Free-Radical Damage: Hibiscus contains an abundance of antioxidants and this is believed to give it some amount of protective properties against some forms of cancer like stomach cancer and leukemia. Laboratory studies revealed that there was also a reduction in the oxidation of low-density lipoprotein, or bad cholesterol and reduced formation of arterial plaque. It is also believed that consuming hibiscus tea may offer some amount of protection to the liver and kidneys.

Helps in Weight Loss: Hibiscus tea and extract has also been popularized as a natural appetite suppressant that can help to lose weight. In one study it was also found that fat cell development was inhibited at an early stage because of an effect on the genes responsible for fat cell generation. While the idea of sipping on an herbal tea may seem quite enticing as opposed to taking dangerous medications to suppress your appetite there is a lot more research required. Keep in mind that consuming too much hibiscus can also raise toxicity levels and cause other health problems.

Fighting Colds and the Blues: Hibiscus tea is rich in an assortment of vitamins and minerals including vitamin C. In addition to an immune-boosting effect that probably explains its use as a folk remedy for the cold, this is also believed to help improve ones feelings of relaxation and may reduce anxiety and stress. There is no evidence as yet to support these claims.

Relieves Constipation: According to some naturopaths, hibiscus tea works extremely well as a laxative because of naturally occurring fruit acids. Hibiscus tea was incidentally a popular folk remedy for constipation in Germany. Apparently, the regular consumption of hibiscus tea helps to regularize bowel movements and may even offer relief from common digestive issues.

The nutritional values of "Hibiscus Tea" per 100 grams are:
Data source: USDA Nutrient Database, R25
*Percent Daily Values (%DV) are based on a 2,000 calorie reference diet. Your daily values may be higher or lower based on your individual needs.
To See Full Nutrition Facts & Analysis for Hibiscus Tea - click here

Latest Publications and Research on Health Benefits of Hibiscus 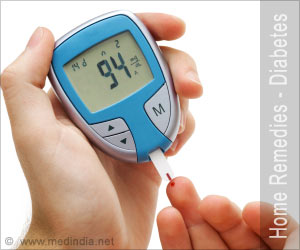 In High-risk Individuals, Hibiscus Tea may Reduce Blood Pressure
A new study has found that drinking hibiscus tea may help reduce blood pressure in people who are at high risk of developing the condition.
READ MORE