Hyperkalemia is an elevated level of potassium in the body. When serum potassium is above 5.5 mmol/l, it is called as hyperkalemia

Written by Dr. Ravali Neerumalla, M.B.B.S
Medically Reviewed by The Medindia Medical Review Team on May 01, 2018

Potassium is an essential electrolyte in the body. Potassium is present in both intracellular and extracellular space. The major portion of body potassium is found in the cells of various tissues. The rest of about 2% of potassium is circulating in the blood. It is responsible for the maintenance of water balance and acid-base balance in the body. It is essential for the transmission of the electrical impulses in the nerve and muscle. It has an important role in maintaining a normal blood pressure.

The level of potassium in the body is regulated by the kidneys. In hyperkalemia, they excrete more amount of potassium to maintain a normal level.

What are the Causes of Hyperkalemia?

Kidneys are important to maintain the normal potassium levels. Hence kidney disease or decrease in the blood flow through the kidneys can cause hyperkalemia. The causes of hyperkalemia are :

Conditions that can Induce Hyperkalemia

Drugs That can Induce Hyperkalemia

Certain drugs can induce hyperkalemia in patients and they are

What are the Signs and Symptoms of Hyperkalemia?

The signs and symptoms of hyperkalemia are:

How do you Diagnose Hyperkalemia?

The diagnosis of hyperkalemia is based on the following:

How do you Treat Hyperkalemia?

Treatment of hyperkalemia includes the following:

Removal of excess potassium from the body: This can be achieved by -

How do you Prevent Hyperkalemia?

To prevent hyperkalemia it is necessary to:

Latest Publications and Research on Hyperkalemia 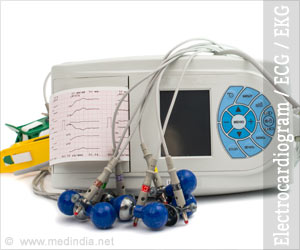 Electrocardiogram
An ECG is a diagnostic test that records the electrical activity of the heart and helps to detect cardiac abnormalities.
READ MORE

Addison's Disease
Do you know what Osama bin Laden and John F Kennedy have in common? They are both Addisonians!
READ MORE
Sign up for Wellness Consult a Doctor Sign up for Selfcare