Reports say young Japanese are fleeing the urban jungle for the half-abandoned countryside on a mission to make farming cool again and cut Japan's frightening food deficit in the process.

Organic farming converts, rice-growing Tokyo fashionistas and other young greenfingers have trickled back into rural Japan where many farm towns have been slowly dying amid fast-greying Japan's demographic crunch.

WHO Receives Signature Petition On Campaigners Against Industrial Pig Farming

Online campaigners delivered a petition with 225,000 signatures to the World Health Organisation Wednesday to protest at industrial farming methods they blame for increasing the risk
Advertisement 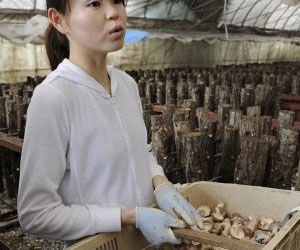 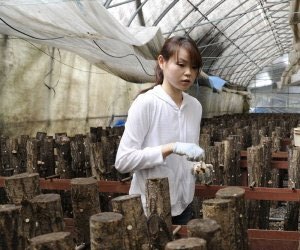 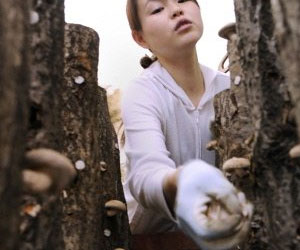 
In a high-tech country that grew rich on selling cars and electronics, the young farmers are standing up to reinvent the image of agriculture.

"No matter how big Japan's economy is, no matter how much cash it stacks up, this country will soon be unable to buy so much food from overseas," Yusuke Miyaji, 31, recently told a crowd of young farmers.

If there is such a thing as a non-violent bomber, Taiwanese farmer Yang Ju-man seems to be exactly that.
Advertisement
"I want to make a job in the primary sector cool, striking and profitable," said Miyaji, dressed in overalls, to applause from his audience. "Kids should dream of becoming farmers, not baseball players!"

Miyaji, who comes from a pig farming family, has created a network called Kosegare, a word meaning farmer's son, that has attracted more than 200 young farmers and supporters who share his sense of crisis.

"The time left for us to revamp this industry is probably about five years," Miyaji warned his squad of youthful activist farmers.

Under his scheme, produce is marketed under the network's "Refarm" brand. Members share information on organic farming and urge supportive consumers to buy directly from them to cut distribution and commission costs.

Encouraged by the movement, Kaori Nukui, 31, who joined her parents last year to grow green tea and shiitake mushrooms, said that after years in the city she now saw a business opportunity in family farming.

"I had no interest before in taking over this business," said Nukui, who had worked for Tokyo consulting and public relations firms for seven years, as she drove a pick-up truck to a mushroom house in Iruma, north of Tokyo.

"My mother also wanted me to marry a businessman rather than work the land," she said. "But when I thought of starting a business myself, I realised my parents had already built a good foundation for me."

Data shows Japan's farming population is quickly ageing and that many farm households have no working heir, as birth rates have fallen and children have left country towns for the bright city lights.

More than 70 percent of Japan's working farmers are aged 60 or older, and nearly half are over 70.

About 3,800 square kilometres (1,520 square miles) of farmland have been abandoned and laid waste throughout the nation. In 88 percent of cases, the owners said they were too old to work the fields.

Japan, which kept its food self-sufficiency ratio above 70 percent in the late 1960s, now produces only 40 percent of its food and buys almost all its wheat, corn and soy beans from overseas.

Domestic production of meat, particularly beef and pork, has fallen from 96 percent in 1960 to about half in 2007.

The country grows enough rice for domestic consumption, thanks to heavy trade protection which has also made the rice sector highly inefficient.

The government has for years tried to reduce rice farming acreage in order to limit supply, keep the market price high, and thereby allow Japanese rice farmers to continue to make a living.

The new government led by Prime Minister Yukio Hatoyama has pledged to abolish the policy but keep subsidising rice farmers.

Seeing the dire situation of farmers, even girls with trendy hairstyles and long painted fingernails in Tokyo's fashionable Shibuya shopping district have jumped onto the rural bandwagon.

Shiho Fujita, a 24-year-old singer, music producer and model, is leading a squad of "gal" farmers who have cultivated rice in the countryside, and dishes out advice in her blog on growing zucchini and tomatoes.

"It may be difficult for gals and young people to start farming instantly," she writes. "But if the agro-industry becomes more exciting by young people joining it, then Japan's farming will definitely change.

"And I think, Japan needs it."

Organic farming has become popular in the world, and so in India also. Farmers in Ferozepur district in Punjab are slowly dumping chemical farming in favor of organic farming.
Advertisement
<< Rampaging Teen Axes Elderly Widow To Death, He Had Lost A C...
West Bank Women Have Chosen Embroidery To Make A Living! >>

Iron Intake Calculator Find a Doctor Drug - Food Interactions Drug Side Effects Calculator Blood - Sugar Chart Sanatogen Indian Medical Journals Accident and Trauma Care Turmeric Powder - Health Benefits, Uses & Side Effects Calculate Ideal Weight for Infants
This site uses cookies to deliver our services. By using our site, you acknowledge that you have read and understand our Cookie Policy, Privacy Policy, and our Terms of Use