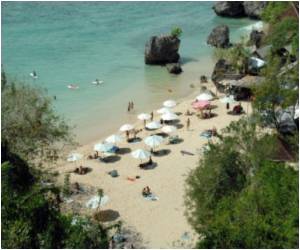 Global tourism bounced back from the financial crisis with unexpected vigor arising almost 7 percent last year, reported UN World Tourism Organization on Monday. "Boosted by improved economic conditions worldwide, international tourism has recovered faster than expected from the impacts of the global financial crisis and economic recession of late 2008 and 2009," it said in a statement.

International tourist arrivals were up by 6.7 percent at 935 million compared to 2009, higher than the pre-crisis level of 913 million in 2008, "with positive growth reported in all world regions," it said.

World tourism has returned to levels last seen before the global financial meltdown in late 2008, with the Asia-Pacific region leading the way, the UN World Tourism Organisation said Wednesday.
Advertisement

In 2009, international tourist arrivals fell by around 4.0 percent.


"While all regions posted growth in international tourist arrivals, emerging economies remain the main drivers of this recovery," the Madrid-based body said.

"The important part of this is that we are finally above the level of 2008... The challenge now is to consolidate this growth, which is not going to be an easy task," he told a news conference called to announce the results.

The UNWTO statement said the strong performance came "despite persistent economic uncertainty in major markets, the natural disasters suffered in some countries, political and social unrest in others, the serious disruption of air travel following a volcanic eruption in Iceland last April and the problematic weather conditions in parts of Europe and the USA in December."

But it also noted "the importance of mega events" on the flow of tourism, including the Shanghai Expo in China, the World Cup in South Africa, the Winter Olympics in Canada and the Commonwealth Games in India.

Asia was the major driver, with tourism up 13 percent at a new record of 204 million arrivals.

"Asia was the first region to recover and the strongest growing region in 2010," the UN body said.

In Africa, the only region to show positive results in 2009, tourist arrivals were up another 6.0 percent in 2010.

Tourism in the Middle East was up 14 percent, the Americas 8.0 percent and Europe 3.0 percent, where the eruption of the volcano in Iceland and the uncertainty affecting the euro zone affected results.

It noted growth in tourism receipts continued to lag behind arrivals, "as is the trend during periods of recovery.

Outbound tourism was again driven by emerging markets, with Brazil up a whopping 52 percent in terms of expenditure. Saudi Arabia was next, with tourists spending 28 percent more, the figure for Russia was 26 percent higher and China 17 percent.

The new emerging economic power of countries such as China, India, Brazil and Russia "is reflecting itself on tourism..," said Rifai. "Brazil has increased its output by 52 percent -- that's quite impressive."

But spending by British tourists was down by 4.0 percent in 2010 from the previous year.

The UNWTO predicted growth will continue in 2011, but at a slower rate of 4-5 percent, slightly above the long-term average.

"Persistent high unemployment remains a major concern, with the gradual recovery in employment expected for 2011 still too weak to compensate for the jobs lost during the economic crsis," the statement said.

Tips From United Nations to Save Household Power Consumption

On World Environment Day United Nations (UN) has listed a report with tips to save household power consumption for people all around the world to help cut down greenhouse gas emissions.
Advertisement
<< Smoking - Reason for Gender Gap in Death Rates
Binge Drinking on Rise >>